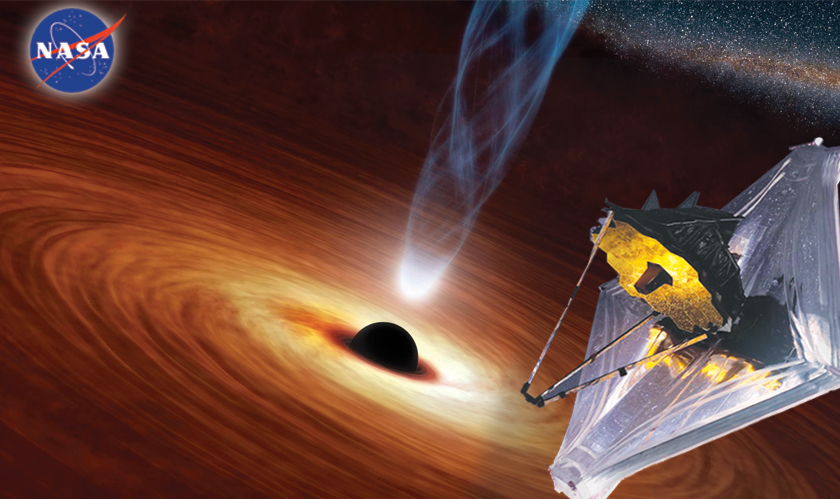 NASA’s James Webb Space Telescope, also known as the Webb or JSWT, launched in December 2021, is finishing preparations to begin observing the universe.

Among the tasks scheduled for the JSWT’s first year of work is teaming up with the Event Horizon Telescope (EHT), the global array of observatories that published the first-ever photograph of a black hole in April 2019.

The EHT repeated the feat in May 2022, when it released the picture of the supermassive black hole at the center of our galaxy, Sagittarius A*, revealing a blurry, lumpy, golden ring on a black background.

Sagittarius A* is a tricky object to study because—in addition to all the usual constraints of a black hole—spots along the event horizon suddenly shoot out particles at nearly the speed of light. These flares can occur four-five times a day. Making Sagittarius A* a particularly changeable beast to observe.

An event horizon is the point of a black hole beyond which not even light can escape the gravitational power of the black hole.

The Webb telescope brings several strengths to the collaboration with the EHT. No cloudy weather interferes with observations as the telescope orbits a point almost a million miles (1.5 million kilometers) from the Earth. The JSWT boasts two instruments that simultaneously gather data in two different types of infrared light. And the distant vantage point and the observatory’s massive sun shield keep its instrument cold enough to study infrared light.