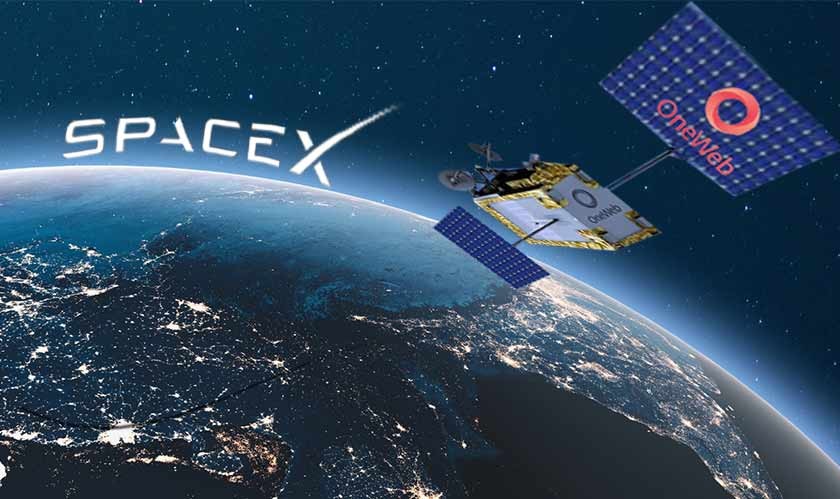 OneWeb, a London-based low Earth orbit (LEO) satellite communications firm, announced that it had reached an agreement with SpaceX to enable OneWeb to resume its satellite launches.

OneWeb’s agreement with SpaceX comes months after Russia forced a last-minute cancelation of a rocket launch for the firm from its Baikonur Cosmodrome in Kazakhstan.

The British Internet-from-space provider, OneWeb, is building a mega-constellation of 648 satellites in LEO to provide broadband Internet coverage to customers worldwide. It is similar to SpaceX’s Starlink initiative, which aims to launch tens of thousands of satellites to provide a similar global broadband internet coverage.

So far, the British firm has successfully launched 428 of its satellites, all of which were exclusively launched on Russia’s state-owned space corporation Roscosmos’ Soyuz rocket, arranged through a partnership with European launch provider Arianespace.

Retaliating against the various sanctions placed on Russia by the United Kingdom and other nations, just before OneWeb’s launch of another batch of 36 satellites, Dmitry Rogozin, head of Roscosmos, demanded that Russia would only launch the firm’s satellites if the company promised not to allow the satellites to be used for military purposes.

Rogozin also demanded that the British government divest its entire stake in the satellite Internet firm. In 2020, the British government invested nearly $500 million in OneWeb to save the company from bankruptcy, and in turn, making the UK government a significant shareholder in the firm along with Indian telecommunications firm Bharti Global.