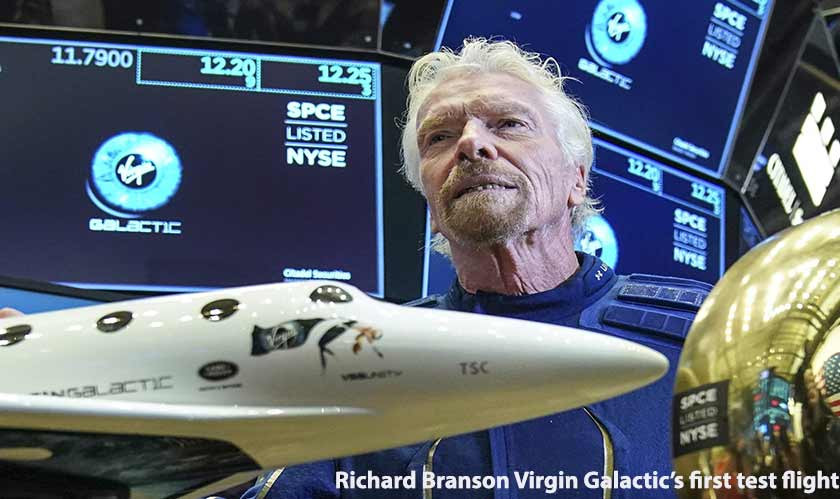 “I think like most kids, I have dreamt of this moment as a kid, but honestly, nothing could prepare you for the view of Earth from space,” Branson said

The Founder of Virgin Galactic, Richard Branson, completed his latest and most awaited adventure on Sunday, flying to the edge of space on the Virgin Galactic space plane. This is the first trip of the plane to space, accomodating Richard and the cabin crew. This came just a week before Jeff Bezos’ scheduled flight to the space in his space company’s New Shepard rocket on July 20th.

Branson, who turns 71 on July 18th, executed a decades-long dream to go to space. In 2014, the company had suffered a mid-flight disaster during a test flight that killed one pilot and severely injured another. The first flight, including the Founder, will also boost confidence among common people.

“I think like most kids, I have dreamt of this moment as a kid, but honestly, nothing could prepare you for the view of Earth from space,” Branson said. Healso called Virgin Galactic “the spaceline for Earth” and delivered on a promise to announce something “very exciting” after his flight.

Virgin Galactic President Mike Moses said that the ship looked perfect at touchdown, apart from a minor antenna issue that occasionally caused disruption in the live feed. Canadian astronaut Chris Hadfield awarded Branson and the crew pins to inaugurate their new status as commercial astronauts, having flown above the 50-mile-line mark deemed as space by the Federal Aviation Administration.