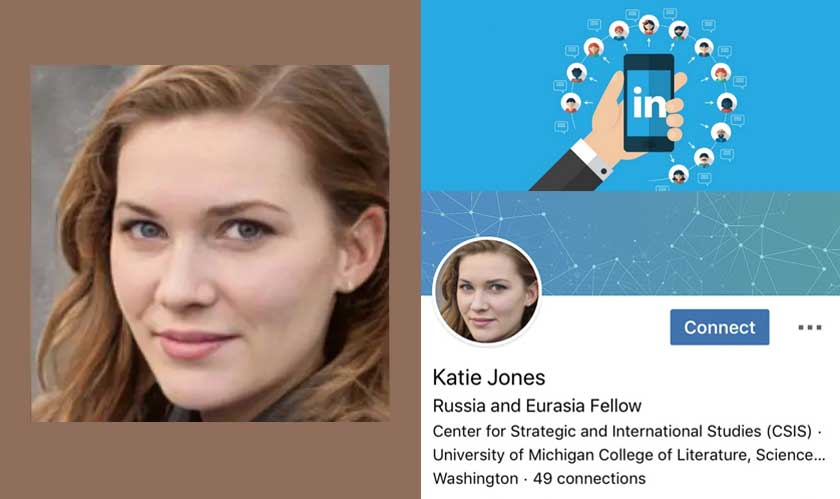 The concern over AI fake profiles has been worrisome, especially with the fresh reports coming from Associated Press. The report states that a spy is using AI-generated profile picture to make new connections on LinkedIn. The profile goes with the name ‘Katie Jones’ and has connections in Washington, including government figures like a deputy assistant secretary of state, a senator’s aide, and others.

However, one should note that social media platforms, including LinkedIn, are popular platforms for cyber espionage. According to the director of the US National Counterintelligence and Security Center- William Evanina, “Instead of dispatching spies to some parking garage in the US to recruit a target, it’s more efficient to sit behind a computer in Shanghai and send out friend requests to 30,000 targets.”

However, when we speak of the so-called Katie Jones, the method of GAN- generative adversarial network was used to create the fake profile picture. That’s because when they use AI to fake their image, it adds an extra layer of protection. Since every image is a unique one, when the governmental forces try to trace them to a source, the reverse image search creates an easy debunking.

At the same time, cyber-espionage on LinkedIn isn’t the worst of the threats. Among the connections that Katie Jones had was Paul Winfree, the economist and would-be Federal Reserve board member. He told reports that he’s “probably the worst LinkedIn user in the history of LinkedIn... I literally accept every friend request that I get.”