Microsoft: The return of the King 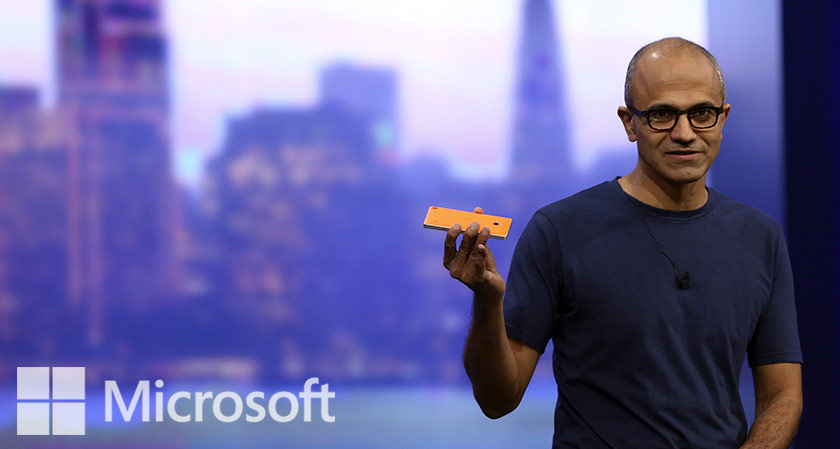 At the end of the millennium, Microsoft ruled the tech industry. Its name had become synonymous with the world of PC with its overwhelming reach. But with the rise of smartphones and new technology it failed to adapt with changing times reducing it to a shadow of its former glory. So what of its future? What will become of it? For all the Microsoft fans out there, don’t worry. The king will return to dominate the industry and it will be back very soon.

Microsoft has been making steady progress since 2010. It nudged the right points, bet on the right technology and slowly started regaining the ground it lost. Microsoft’s Azure is one the market leaders in cloud services, its all in one Surface Studio left everybody speechless and last and probably the most important to its growth, its AR division is just trampling all over its competitors.

Microsoft dominated the industry almost 2 decades ago. Then the smartphone happened. Microsoft failed to adapt to the changing times and was left in the dust by its competitors. By 2005 its growth stagnated and its user base remained the same. It was hard to believe that the company which helped start the tech revolution was gasping to grow with experts were citing its end. Now more than decade later, it’s on its way to dominate again.

Its growth is reflected on Wall Street where its stocks have boomed since 2010. Microsoft hit its lowest point in the stock market in 2009 when its price dropped to less than $ 12 a share. Since then it has climbed a long way to almost $70 a share where it stands today. According to Wall Street projections it will continue to grow in this fashion, with a surge due to its AI ambitions predicted by 2020.

Microsoft Azure’s market share has increased by almost 5 % in the last 2 years, a field that has been dominated by Amazon Web Services. Although it has been slowly eating into AWS’s share, it has a long way to go. Another uphill task is to turnaround its OS business, where its market share dipped below 90% for the first time ever in 2012. Chrome OS is arguably a better OS for cheaper PC’s. It will still take time to see if the windows 10s’ bite was good enough to wound Google.

Microsoft seems to have learnt from its previous mistakes. They are focusing more on the technology of the future, namely AI and VR, AR technology. It has been heavily investing both time and money into its AR and AI division and the end result is a smart assistant on par or better than its rivals and an AR device which is so advanced, it looks as if Microsoft stopped time itself to make it happen.

The driving force behind Microsoft shift in strategy to think big is its present CEO Satya Nadella. Previously Executive Vice President of Microsoft's cloud and enterprise group (now Microsoft Azure), he said to be the man behind Azure’s dominance in the cloud services market. In a presentation Nadella said that Microsoft has stopped looking at short term view of the products competitive stance. He argued that “if you focus too hard on present, you miss the chance to dominate what comes next,” and they seem to be right on track with that.

This ideology has already started to take effect and Microsoft has begun reaping its harvest. Microsoft’s AR device, Hololens is the best AR device made till date and there is no doubt in the fact that its competitors are not even close. While Google has been making steady progress with its project Tango, it is miles behind Microsoft who’s Hololens is insanely cool and Apple’s own AR program is shrouded in secrecy. Also after the beating it took with the Google Glass, Google has been safer in its approach with AR giving Microsoft the edge it needed to widen the gap.

All this is well and good. Microsoft will dominate the AR world with its best rival still far behind it. It will continue to be one of the Industry leaders with Azure, but what of its core PC business? Well there will be resurgence there. In the past, Microsoft was always the necessary digital component and not something that you like having. With its ugly design and mediocre features, it was left in the dust by Apple. Well, all that is changing.

The release of Surface marked a turning point in Microsoft history which has always struggled with its hardware. Its PC’s were finally getting sleek, but the game changer was its all in one Surface Studio. Microsoft bet big on this and it seems to be paying off. The first of its kind, it leaves you speechless and Microsoft finally did the only thing that was left to be done, make its hardware beautiful and the Surface Studio is nothing if not beautiful.

The age of the AI has begun and Microsoft has positioned itself nicely in the race. Although Google poses a tough challenge with its 2nd gen TPU’s AI training capabilities, it will still be a market leader. When it comes to AR, there is little doubt on what the future holds. It is one area Microsoft will come to dominate.

As of now one thing is clear, for all those who breezed past it in the last decade, a resurgent and heavily armed Microsoft is right by them. The king that once ruled the Silicon Valley is vying for the throne again and is holding nothing back to retain the crown it once held.