Matterport rakes in fresh investments for its 3D imaging platform 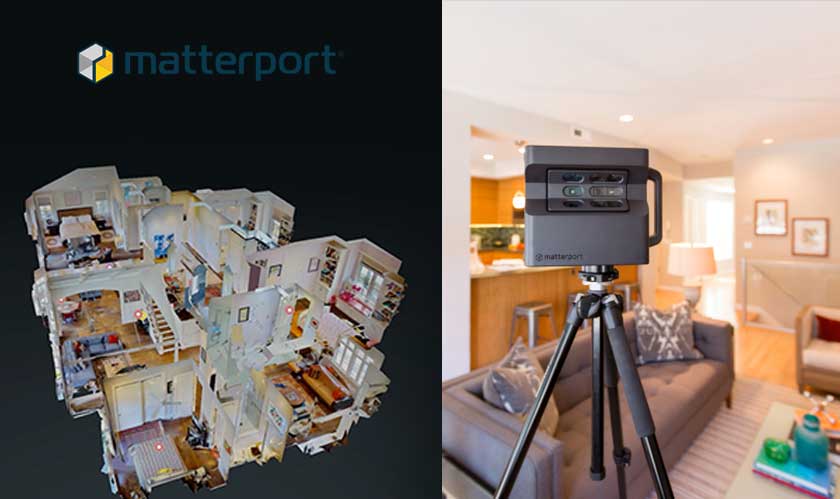 Matterport is a proud maker of an all-in-one reality capture system that gives users realistic, interactive 3D and VR experiences “that feel as real as being there.” The 2011-founded company, which started out making cameras, soon shifted its focus to a wider platform – a tool using which they capture imagery, collect measurements and process data to create, edit and share a 3D rendering of a location, or say enclosed spaces.

The company has recently raised $48 million, according to a popular news website, which it says should be the funding coming from its existing backers – Lux Capital, DCM, Qualcomm Ventures and others – to aid in building and providing (as a service) highly accurate 3D images of enclosed spaces. Prior to this, the company had raised $63 million and was valued at around $207 million.

Matterport’s high-end cameras do not just capture multiple images, but they also capture color and depth to create 3D interior imagery for a variety of applications, from interior design and real estate to gaming. Matterport is also starting to work with less expensive devices with spherical lenses to stand a chance against the largely-available cheaper 3D cameras in the market today.

Matterport converts 2D panoramic and 360-degree images into 3D images using an AI engine, named Matterport Cloud 3.0. The images thus created can, in turn, be used as training data for Matterport’s machine learning algorithms, thus teaching them to create better and faster 3D images each time. People will also be able to manipulate these images, say, for example – they can digitally remove the furniture in a house before putting it up for sale.