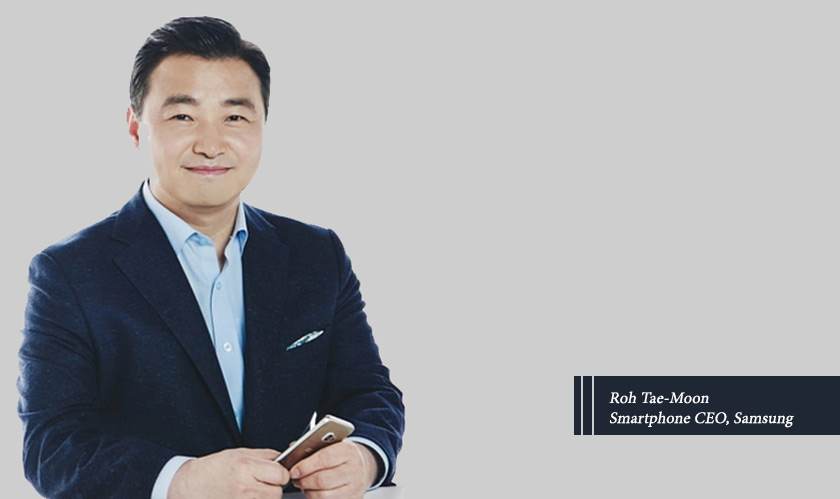 Samsung, a big name in the smartphone industry, has newly appointed Roh Tae-Moon as its new mobile chief. Roh will take over the position of CEO from Dong-jin Koh, the former CEO. While Roh will handle the day-to-day operations of the mobile division, Koh will concentrate on the long term business strategy of the company.

Koh has stepped down from the position of CEO but will continue to retain his control over the IT & mobile communications division. Well, Roh is not a new face to the company as he has been associated with it since 1997 when he first started off as a key player in the research and development of Galaxy devices.

Samsung’s journey in the smartphone industry has been marked with highs and lows. The initial period of the company had been remarkable, as, within a short span of time, it made its place in the mobile handset market and generated a huge customer base. But in recent years, the company has faced a tough time retaining its market share after the entry of brands like Oppo, Vivo, and Huawei.

After experiencing a few disappointing failures like Note 7 it revamped some of its phone models and has recently made its move towards foldable phones. The new CEO, Roh Tae-Moon will be handed over the responsibility of making foldable phones a success. The company is soon going to unveil its second-generation foldable phones alongside the Galaxy S20.