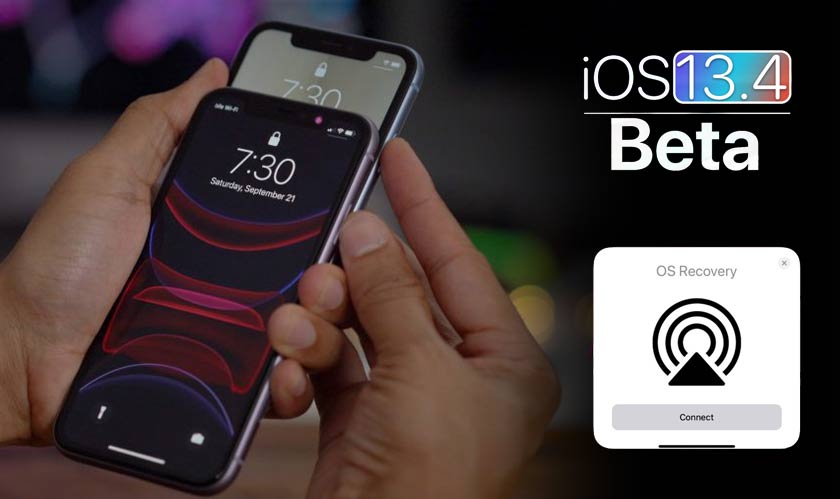 Apple is on the verge of releasing its beta update iOS 13.4. Over the weeks there were several leaks including a CarKey API, now the mobile giant is testing a new feature known as “over-the-air” OS recovery.

The company has a reputation for the security and stability of its software, especially iPhones, but bugs are relentless in iOS and once in a while it becomes necessary to restore the device by connecting it to a computer. And so, Apple is making plans for a reset using a wireless internet connection.

Nowadays, users with an iPhone don’t always have a computer to connect it with for an emergency firmware reset and the inconvenience of handling two devices for a reset makes the issue worse. Also, the techgiant has been hyping its iPad as the next generation of computers but the title becomes pointless if a traditional computer is needed to restore it.

Apple is thus providing a way out for these problems by developing an over-the-air (OTA) method for “OS recovery.” And according to 9to5mac, there’s an alternate option for recovery using a traditional USB cable other than the OTA. The exact release date of the new feature is unclear but users can expect it by next month.