TCL is launching its Plex smartphone at IFA 2019 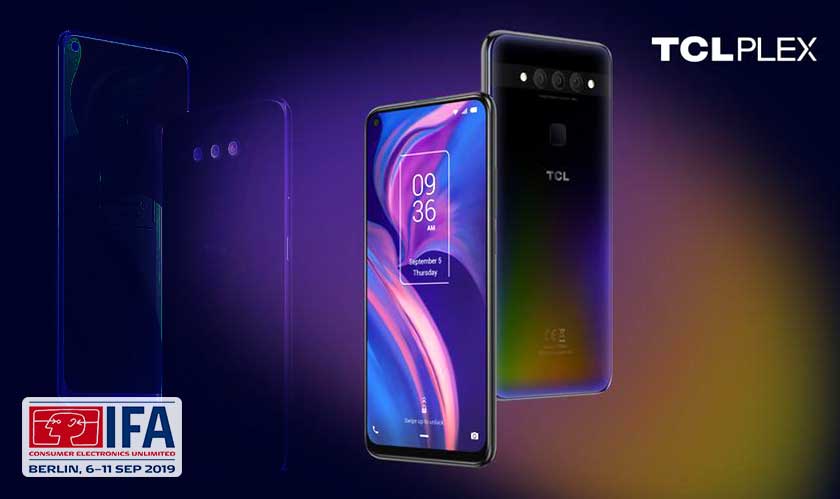 It looks like TCL is finally getting serious about being recognized as a mobile maker internationally. The company is launching the TCL Plex and it is surprisingly feature-rich!

TCL has been making smartphones but its popularity has thus far been limited to China. The company is now ready to enter the international markets with its promising upcoming release. TCL plans to release its Plex smartphone this year in Europe. The phone will be showcased in the IFA 2019.

The Plex has a Qualcomm Snapdragon 675 processor, features 128GB of storage and a 6 GB RAM. The phone has a 3,829 mAh battery and supports microSD storage of up to 256GB. The display is sized at 6.53 inches (FHD+LCD). The mobile has Bluetooth 5.0 and boasts of a “Super Bluetooth” which allows the device to pair with up to four speakers or headphones.

TCL Plex has three cameras including a 48-megapixel main sensor, a 16-megapixel ultra-wide camera, and a 2-megapixel lens dedicated for low-light shooting. The phone will be available in black and white for 329 euros internationally (will not be available in the US).

The phone has big plans for 2020 as it looks to release more smartphones to become more actively involved in the market.