Eero is now in the hands of Amazon 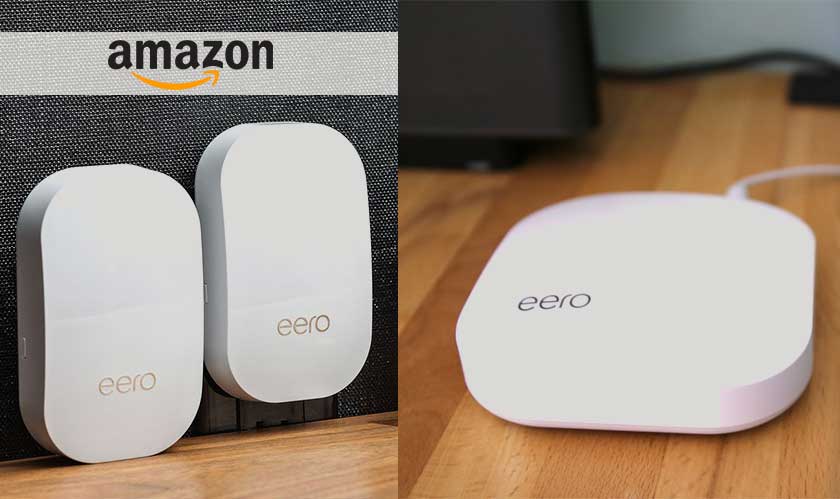 Eero, a mesh home routers maker, is now coming under Amazon as the tech giant acquires it to “help customers better connect smart home devices.” With Eero under the Amazon banner now, it’ll certainly make it easier to set up Alexa gadgets for home products. The terms of the deal haven’t been disclosed yet.

Dave Limp, Amazon’s SVP of devices, said that the company is “incredibly impressed with the Eero team and how quickly they invented a Wi-Fi solution that makes connected devices just work.” Eero also has a yearly plan called Eero Plus for $99 which offers parental control and additional security.

When it comes to smart mesh routers, it was Eero who kickstarted a new trend with its design and technology. Eero could successfully overcome issues of coverage and dead zones by introducing multiple access points that could envelop the entire home or apartment with a strong Wi-Fi signal. Along with its smartphone app, a good networking base could be set up with Eero.

With this smart innovation, other tech giants like Linksys, Netgear, Google, and Samsung have followed suit. With the new acquisition, the Eero brand will continue. Nick Weaver, Eero’s co-founder and CEO said, “By joining the Amazon family, we’re excited to learn from and work closely with a team that is defining the future of the home, accelerate our mission, and bring Eero systems to more customers around the globe.”