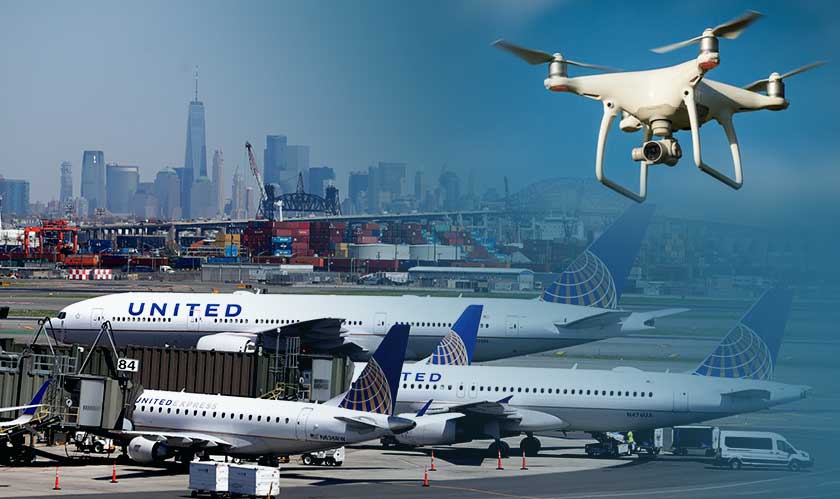 Just after drone sightings wreaked havoc at London’s Gatwick airport, another similar incident occurred here at Newark International Airport. The inbound flights were temporarily stopped after a drone was sighted. A couple of inbound flights reported around 5 PM that they spotted drones about 3500 feet above Teterboro, New Jersey.

Once these reports came in, the inbound flights were halted for a short duration. After further inspection, no other drones were sighted which resumed the airport operations. An FAA spokesperson issued a statement saying: “However we still have a ground stop in place at other airports departing for Newark until a backlog of arrivals can be cleared. We expect that to be lifted soon.”

After the previous incident at Gatwick and Heathrow airports, the security measures have spiked globally as the drone menace continues. According to the FlightAware, a live flight tracking site, the arrivals at Newark airport was delayed for about 16 to 30 minutes.

The drone in question was spotted at Teterboro, which is nearly 15 miles away. But the authorities were skeptical about the drone, causing the delay and partial shutdown. At present, the US law restricts flying of drones anywhere within 5 miles of any airport. Of course, the FAA recently has loosened the grip on these restrictions for flying drones over crowds, but the security concerns remain.