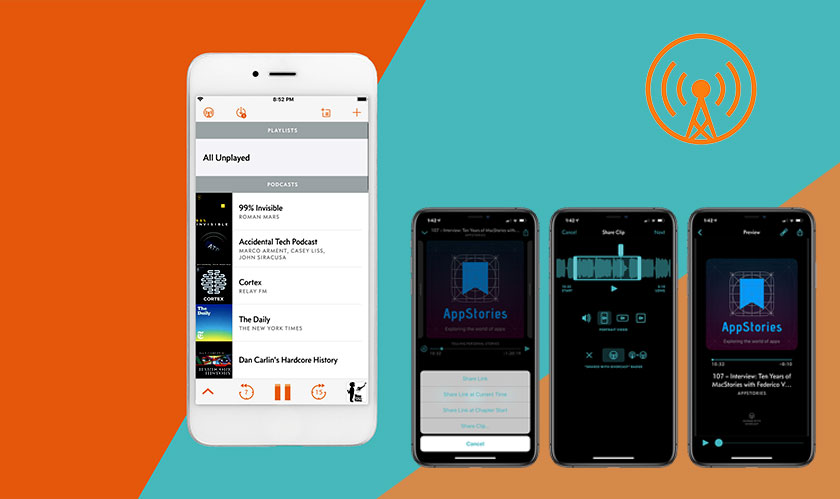 It’s an epic time for podcast shows and Overcast is one of the best podcasting apps available in the market today. There’s another reason for the popularity of Overcast now- a new feature that allows users to share clips of episodes. You can basically convert a part of the podcast into a short video and share it online on social media or even through emails.

Founder and developer of Overcast- Marco Arment announced the added feature in a blog post. He agrees that sharing podcast episodes has always been a cumbersome process. Sharing a part of the podcast as a video is much easier than sending it through an audio link. This is why his software app will now include the new feature.

In the Overcast app, you’ll see an option called “Share Clip” on your top right-hand corner. When you select this option, it’ll open to a new interface where you can select the segment of the podcast you want to share. Before sharing it, you can even customize it to make a vertical, landscape or a square video or even just the audio file. Or maybe even add the “Shared from Overcast” badge.

In his blog post, Arment continues to say: “for podcasting to remain open and free, we must not leave major shortcomings for proprietary, locked-down services to exploit,” in reference to Luminary- a newly launched podcast app. He also agrees that sharing podcasts isn’t the easiest thing to do, but hopes that more people might be interested to sign up for shows they haven’t heard before.