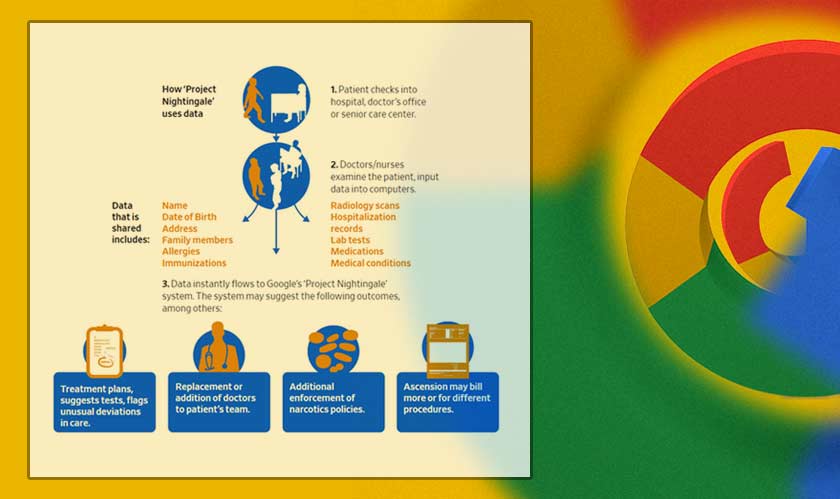 Despite all the privacy talk, the tech giants can’t stop intruding into people’s privacy over and over. Recently, the Wall Street Journal reported that Google is secretly gathering data of millions of patients across 21 states for its Project Nightingale and neither doctors nor patients were informed of this.

According to WSJ, the data collected by Google involves “lab results, doctor diagnoses, and hospitalization records, among other categories, and amounts to complete health history, complete with patient names and dates of birth,” and more than 150 Google employees may have access to this data.

It is said that Google partnered with a healthcare service heavyweight Ascension, a catholic health care system that operates across 21 states and the District of Columbia. WSJ reported that Google is using this data from the system to design software for individual patient care using “advanced artificial intelligence and machine learning.”

But according to Google, there’s nothing unusual about this procedure and said that it’s a standard industry practice for a healthcare provider to share health records with the tech company they are working with. The company also pointed out an agreement that it signed which allows Google to build tools for the healthcare provider and doesn’t require the IT services giant to notify the patients.

Also, the Google Cloud president Tariq Shaukat stated: “To be clear: under this arrangement, Ascension’s data cannot be used for any other purpose than for providing these services we’re offering under the agreement, and patient data cannot and will not be combined with any Google consumer data.”