Want to save your battery life? Switch to Dark Mode

Want to save your battery life? Switch to Dark Mode 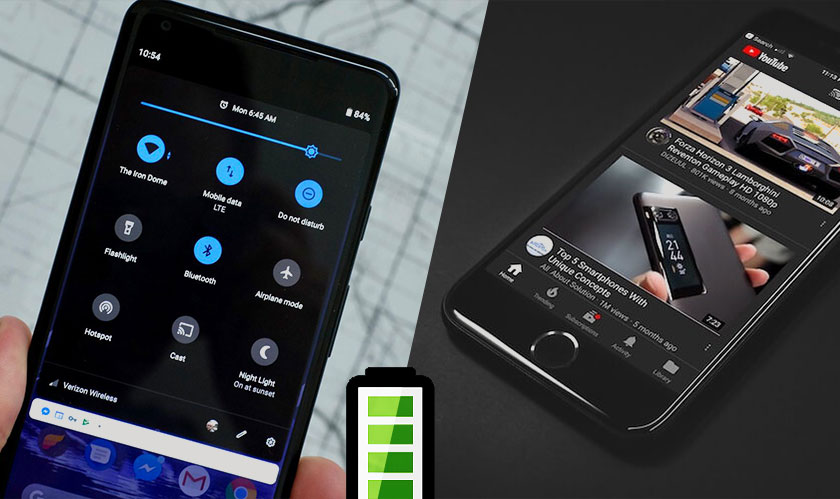 At the Android Dev Summit, Google portrayed how the dark mode/night mode on various apps can help retain the battery life. It’s been known for a while now that using the dark mode helps to prolong the battery life, especially on OLED screen. It’s true for both Android devices and Apple.

Why does this happen? It’s because the work an independent pixel needs to do is reduced on the dark areas of the screen. When the device is required to display black, there’s practically no need to do so! At the Summit, Google used the original Pixel smartphone to compare various modes and colors to show the power consumption. The graph showed that the max brightness white uses the most power.

Dark times to save energy!

Recognizing the value of dark mode, Google has already released YouTube and Android Messages in dark/night modes. Google additionally announced that it plans on introducing the feature to its mobile app, where the Google Feed will be tested in dark mode.

On the other hand, Android is taking things a step ahead. Android devices can turn their full phone into dark mode by quickly changing the settings in the pulldown menu. Samsung too wishes to join the dark mode run and plans to provide a full system night mode on its next devices.