Lives of Canadians made “easier and simpler” with Call Screen 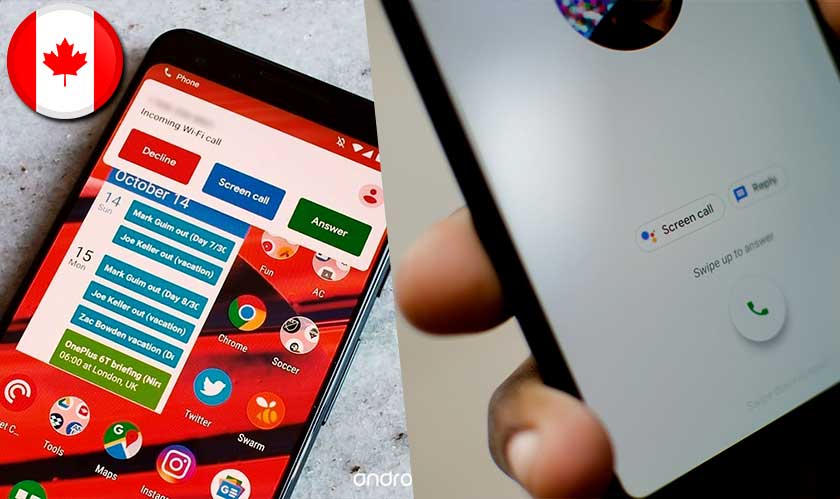 Canadian Pixel phone users can opt-in to test the Call Screen beta – the feature that was rolled out for US users last December. The Call Screen feature will allow the Pixel 2 and Pixel 3 owners to screen phone calls that they receive.

In simple words, while the call is being screened, the software feature lets the users see a transcript of both sides of the conversation and they are also granted the ability to act on the call. Meaning, users can “decide whether to pick up, respond by tapping quick replies like “I’ll call you back later,” hang up, or mark the call as spam,” the Google Canada blog details.

On triggering the feature by hitting the “Screen call button”, Google Assistant inspects the caller and displays relevant information, like who’s calling, why, and if the caller in question is likely a spam call. The “Screen call” option when receiving an incoming call along with the “Answer” and “Decline” choices. Of course, this would require users to opt-in to the Phone app beta first. The users will then receive an update to the Phone app which when installed will enable the feature.

“Call Screen processes call details on-device, which means these experiences are fast, private to users, and use up less battery,” Google wrote in the blog. Canada is the first market outside the US to receive the Call Screen feature that has been one of the Pixels' most popular since its release. The feature, however, works only in English at the moment.

Washington DC issues a call to action to AI experts