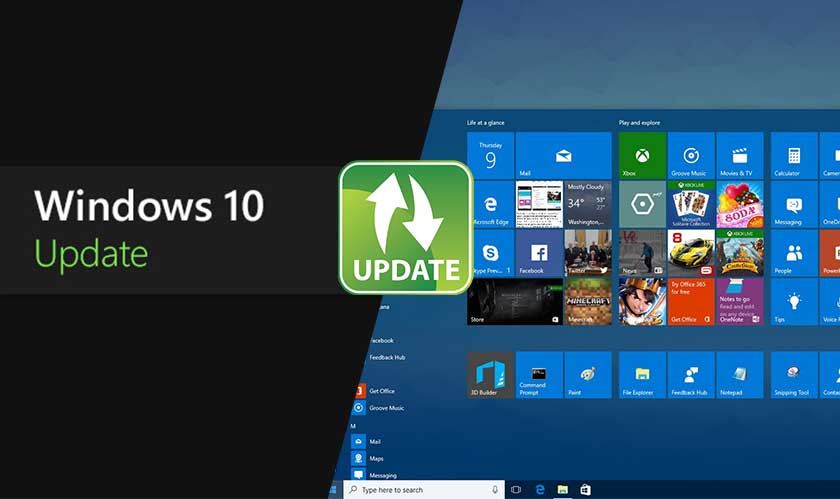 The Windows 10 update will be available for those systems running on Windows 10 in the coming week. Microsoft has included some interesting and appealing features as part of the update. There’s a new lighter theme creating an impactful visual change for Windows 10. You’ll also find new wallpapers that blend in with the light theme.

Apart from the light theme, Microsoft has also added ‘Windows Sandbox’. It’s basically a desktop environment where newly-developed apps can be tested in isolation in that particular sandbox. It’s highly-secure and disposable, allowing users to delete the entire sandbox once the testing is complete. The Sandbox feature is available on Windows 10 Pro and Enterprise editions.

Microsoft finally understood that users didn’t want Cortana in the Search option. So you’ll find a separate Search button without Cortana in the updated taskbar. Cortana will mainly concentrate on voice-related queries.

With the new software update, Microsoft is also bringing out changes to its Windows Mixed Reality VR support. The VR headsets will now allow other desktop applications like Visual Studio Code, Photoshop, and Spotify to be launched in the Mixed Reality app. This actually makes it a mini-paradise for users working in VR.

With the latest update, Microsoft is also reducing the user’s dependability on passwords for enhanced security. Instead now, you can log in through Microsoft Accounts that don’t have passwords. Just use your phone number linked with the Microsoft Account to sign in to your Windows 10 PC.