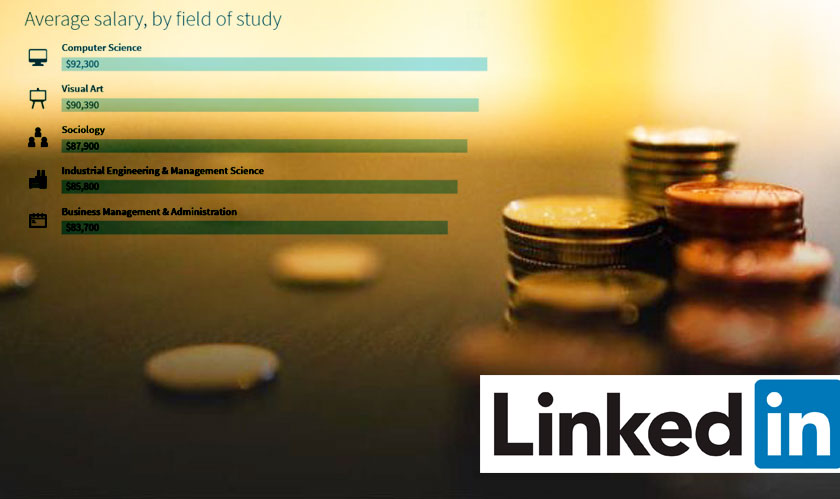 In a new survey research conducted by LinkedIn, results show that professionals in the IT and software industry are making the highest salaries. Hardware and networking professionals come close behind. Both make a median compensation of over $100,000 annually.

LinkedIn has been collecting the data since November the previous year. This was when it launched a salary tracker for users to get an understanding of how much other people in their field are earning, based on geography, years of experience and other parameters. The survey is a byproduct of this.

The company also said that it has used anonymous data from nearly 2 million members and the data they entered. The report comes as a compilation of this, which it then ran against other data to throw out numbers that it deemed to be inaccurate.

Out of the survey report, it was seen that though tech may be the general category in the lead. But when it comes to individual jobs, medicine stays at the top for highest salaries for specific jobs. Along with tech earning the most, computer science is the most lucrative field of study. In the average salary by field study, visual art comes closely behind computer science. It was also seen that San Francisco has the highest salaries.

Interestingly, it was also discovered that the gender gap in tech is one of the worst across the working world. In addition, construction, manufacturing, and transportation/logistics have the lowest ratio of female employees.