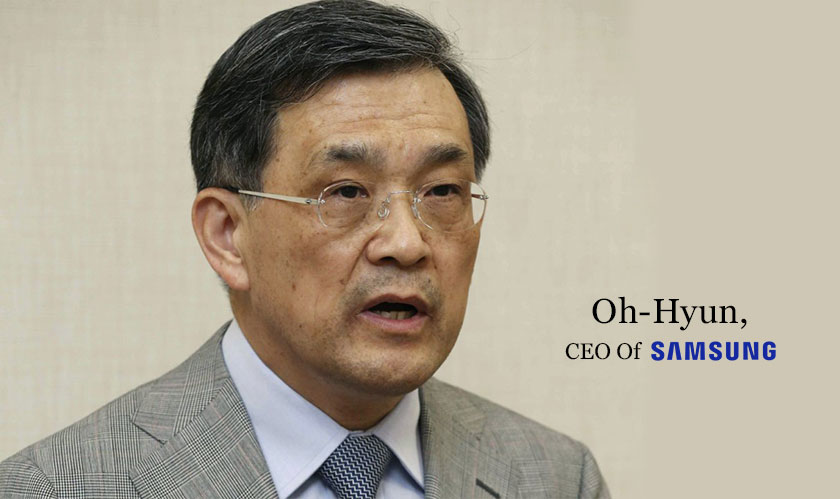 Samsung has a new twist in its company. Kwon Oh-Hyun, Samsung Electronics’ CEO, Vice Chairman, and head of the components business has announced that he would be resigning. It is believed that he will be stepping down from his position in March 2018. His roles as a CEO and as a member of the board were his prime positions from where he will be resigning.

Kwon said in a letter to his employees, “It is something I had been thinking long and hard about for quite some time. It has not been an easy decision, but I feel I can no longer put it off. As we are confronted with unprecedented crisis inside out, I believe that time has now come for the company starts anew, with a new spirit and young leadership to better respond to challenges arising from the rapidly changing IT industry.”

Kwon cited a crisis behind his resignation. This unnamed crisis in his letter would actually mean the imprisonment of Lee Jae-Yong, the de facto leader of the entire Samsung group, on corruption charges. In this turn of events, the South Korean based electronics company needs a strong leader now more than ever. The scandal of Lee Jae-Yong could have a major impact on the company itself. And it has started with the resignation of their CEO. One can only imagine what follows next.