A New reason to use Smartphones at a Retail store

A New reason to use Smartphones at a Retail store 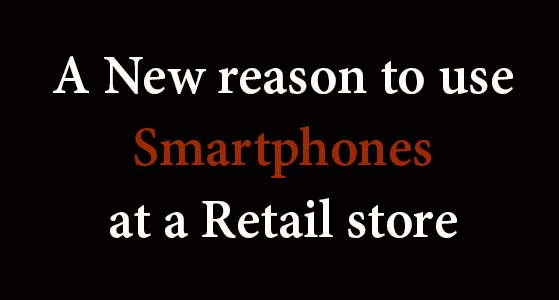 Now shopping at Macyâ€™s, JCPenney and Staples retail stores will be extremely easy and fun, shoppers who download the retailerâ€™s app will be able to use their smart phones to guide them through the store to products theyâ€™re seeking.

Customers will be able to take a snapshot, for example, boots worn by a person passing by and quickly find out if the store has similar ones in stock. And Staples is testing an app that will allow sales clerks to let customers know how the storeâ€™s prices match up against Amazon and other rivals.

The new apps will allow customers to easily order out-of-stock items for home delivery, to check store prices and even to summon a clerk. But the retailersâ€™ efforts will face two significant challenges in the looming holiday season: getting customers to embrace the new technology, which is still sometimes glitch and dependent on in-store systems, and getting them to trust that stores can match the Webâ€™s prices and convenience.

Retail purchases by mobile phone have increased by 34 percent in the last year, according to IBM, which estimates that more than 40 percent of the online traffic and about 20 percent of sales this Thanksgiving weekend will come from smart phones. From a poll of more than 3,000 random respondents this month found that more than half of those surveyed use their mobile phones while shopping in stores this holiday season, for such things as making price comparisons, taking photos or researching products. Last year, only about 42% of respondents said they would use their phones while shopping.

In addition to its pilot program guiding customers to products within stores, and a photo program similar to JCPenney, Macy's has taken inspiration from dating app Tinder, recommending products to customers online who swipe one way to like an item and the other to reject it.

JCPenneyâ€™s app can be used to scan barcodes to pull up product information or order out of stock items, and it saves digital coupons - two increasingly common offerings in retailer apps.â€œWe look at using phones in stores as an enhancement to shopping,â€ said Kate Coultas, a representative with JCPenney which is heavily focused on mobile this year.