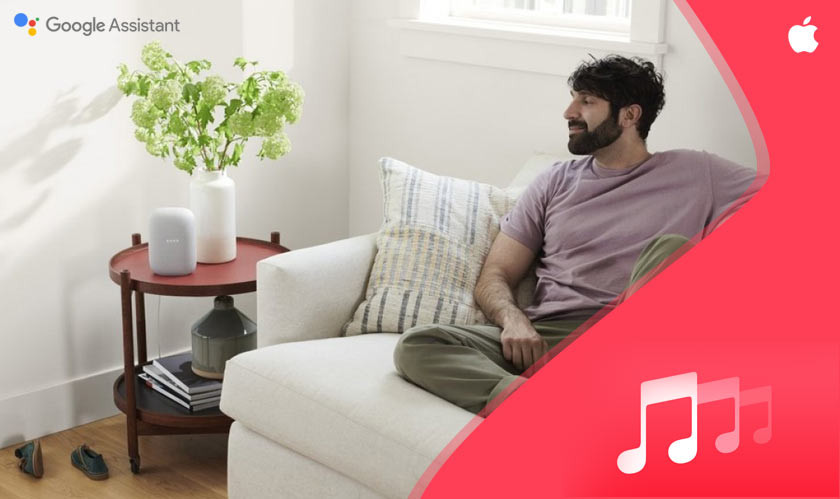 Google is finally rolling out its Apple Music support on Google Assistant-enabled devices. This includes all the Google Home/Nest branded smart speakers from Google as well as other manufacturers. Apple Music subscribers will be able to link their account with their Assistant-enabled device through the Google Home app on their phone. Once that's done, you can use your voice to play any track you like from Apple's 70 million track library.

This also includes any playlists or liked songs that you may have associated with your Apple Music account. Apple Music has also stated that it will be rolling out to Nest and other Assistant devices in the US, UK, France, Germany, and Japan today. Apple Music announced that it would avail its services on Google Assistant-enabled devices last year. Until today, 22 months later, it has resurfaced in official form.

Apple Music will also work with Google's multi-room audio feature. Suppose you have more than one compatible smart speaker or display. In that case, you can use the multi-room control feature in the Google Home app or on a Nest smart display to dynamically move your music from one device to the other and even play music on all of the devices in your home by saying, "Hey Google, play music on all my speakers." And support for Apple Music arrives alongside Spotify, Pandora, YouTube Music, and Deezer on the Google Assistant-enabled smart speakers.