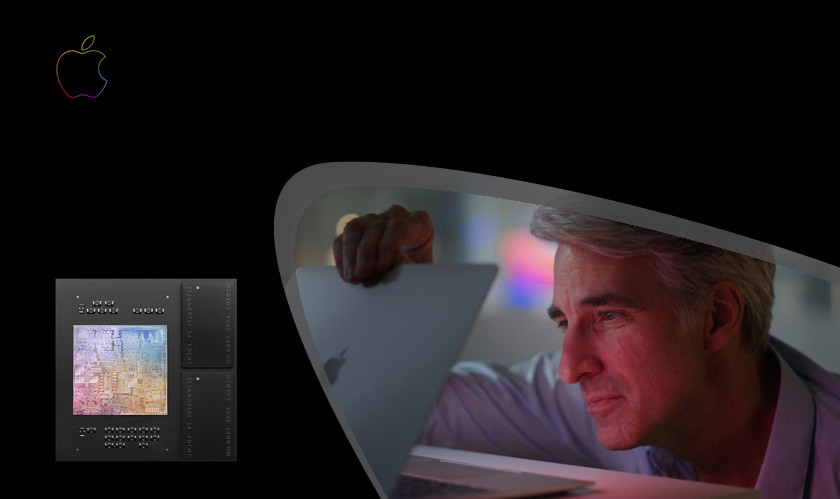 Apple surprised the tech industry with the launch of its first chip called the Apple M1. It has surpassed the expectations of the people in many ways. Apple is now looking forward to continuing this trend and launching even more powerful chips for 2021 and beyond.Apple's next series of chips planned for release as early as the spring and later in the fall next year, are due for the upgraded versions of the MacBook Pro, both entry-level and high-end iMac desktops, and later a new Mac Pro workstation.

Apple could go with 8-core or 12-core CPUs in early 2021, and possibly a 20-core CPU for the second half of 2021. It will also release a professional Mac Pro in 2022 with as many as 32 performance CPU cores.As for GPU, Apple is developing GPUs with 16 and 32 cores and even foreseeing GPUs with 64 and even 128 GPU cores that would be "several times faster" than Nvidia and AMD GPUs Apple is currently using.

The road map clearly indicates Apple's confidence that it can make its own products on the strength of its own engineering and not depend on Intel for the supply of the chips anymore. Apple has already surprised the industry watchers with its first chip. The planned chips for the next two years are even more ambitious. Going by the company's promise, it is very well positioned to complete the transition from Intel to its own Silicon in 2022.

Earlier, Apple had to depend on Intel for the chips' supply and innovation for the release of its Mac products, which either delayed or did not bring a huge improvement over previous generations. With total control in hands, Apple will be able to innovate at a faster rate as we have seen in iPhones and iPads. Apart from this, it will also help Apple deepen its distinction from the rest of the PC market and give it a chance to add to its small but growing share in PCs.