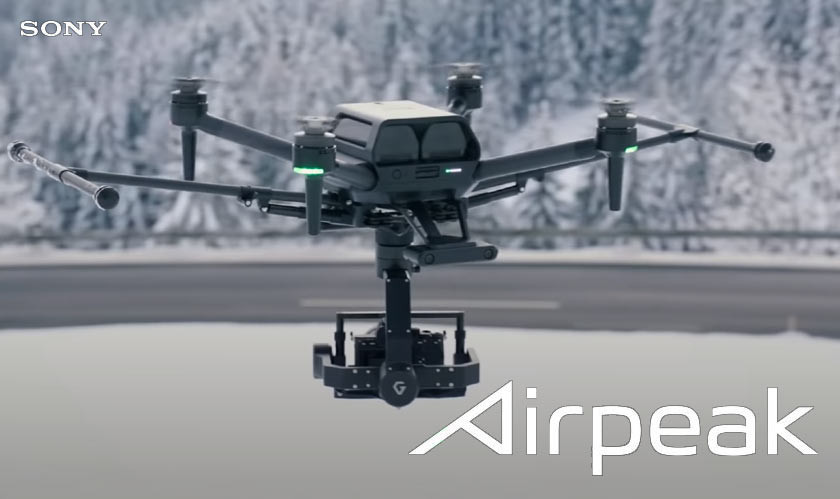 Sony, which is a big name in the camera and tech industry, has launched its much-awaited drone called "Airpeak." Though it has made a late entry in the drone market, the product seems to be promising. Sony showed off the drone at the online event CES. The drone is one of the smallest drones which fly an Alpha camera. It is designed for video content creation and professional photography.

The model showcased at CES 2021 is a quadcopter design and features two landing gear extensions that retract upward during flight. It is a smart design that saves the camera at the bottom when landing and also acting as a protection for the wings when flying. Sony had also showcased the Airpeakto be working as a chase camera for the footage of its Vision-S concept car. In order to fully support the professional video creators, the payload of the drone can be equipped with an Alpha mirrorless camera to capture high quality, full-frame aerial photography and video.

Sony announced its Airpeak drone project in November 2020 and says it will become available in the spring of 2021.More drones are expected to be in the air after the Federal Aviation Administration two weeks ago approved drone flying by people even at night times.