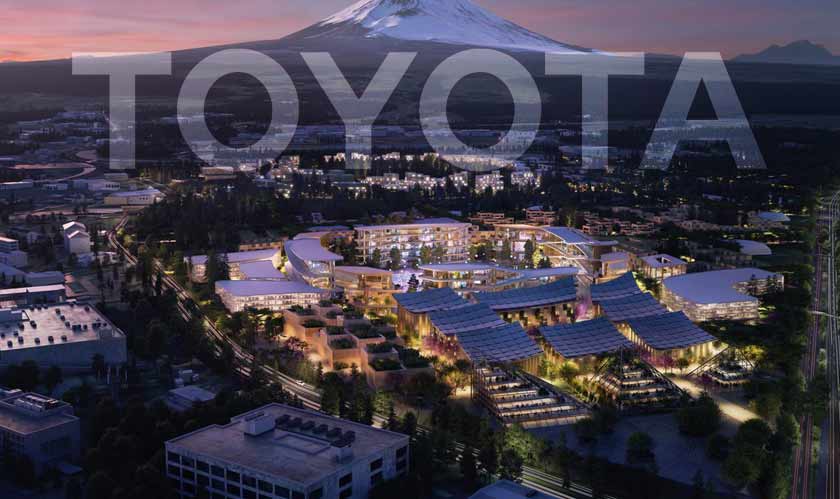 The Japanese auto giant, Toyota has announced that it will be looking to establish a city of future at the base of Mt. Fuji. The announcement was made by Akio Toyoda, president of Toyota Motor Corporation. The president said that the prototype city will be called the ‘Woven City.’

The Woven City will be home to full-time residents and researchers who will be testing and developing technologies such as autonomy, robotics, personal mobility, artificial intelligence (AI), and smart homes in a real-world environment. The city is being envisioned as a ‘Living Laboratory.’

The vision is that of a 175-acre of land that will be transformed by Toyota. Explaining further, Akio Toyoda said, “With people, buildings and vehicles all connected and communicating with each other through data and sensors, we will be able to test connected AI technology… in both the virtual and the physical realms … maximizing its potential.”

The automaker will be extending an open invitation for commercial and academic partners to come on board for the fruition of the project. Toyota is expecting that interested scientists and researchers from all over the world will come and work on their own projects in this envisioned city.

Further, Toyota has hired the Danish architect, Bjarke Ingels, CEO of Bjarke Ingels Group (BIG) to design the Woven City. BIG has been responsible for some high-profile projects like Google’s Mountain View and London headquarters, Lego House in Denmark and 2 World Trade Center in New York.