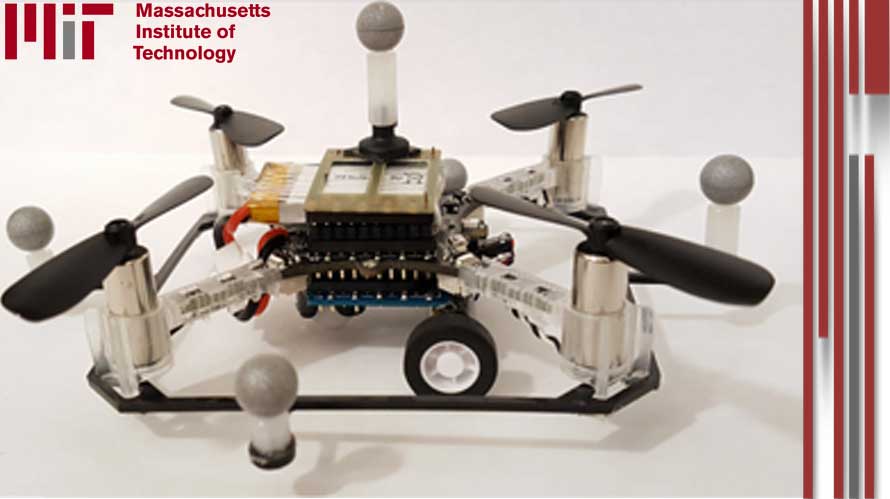 MIT has opened a whole new avenue in drone robotics. Researchers at MIT’s Computer Science and Artificial Intelligence Laboratory have developed a drone with not just wings but also with wheels. These new drones are a prototype for a system of new wheeled autonomous drones. These can switch between flying and driving.

Each drone has its own unique pathway or route designed with route-planning software. For any developers, one of the major concerns is the battery life. Here at MIT, the researchers have found a way to maximize battery use and life. The route-planning software helps the drones calculate when switching from flying in the air to driving on the grounds. This helps it to optimize its battery life.

The drone flies when it needs to cross any obstacle and switches to wheels to squeeze into tight corners and spaces. “Normal drones can’t maneuver on the ground at all. A drone with wheels is much more mobile while having only a slight reduction in flying time”, said Brandon Araki, the MIT graduate student and lead author of this new research. The driving drone could prove to be more efficient overall in the long run. The immense possibility from switching between flying and driving is extensive, the researchers believe. It could save time by flying instead of being stuck in traffic. On the other hand, it could save battery life by travelling on ground when there is no necessity to fly, in order to reach its destination.

The researchers have developed a small system with usual traffic, houses, blocks, buildings, parking blocks, et cetera along with landing pads for the drones. Currently, this system has 8 operable drones. The future of flying cars may not be far off. Companies like Uber, Google and others investing heavily on flying cars. And with new researches about flying and driving drones, the day we see our cars with wings may be right round the corner.