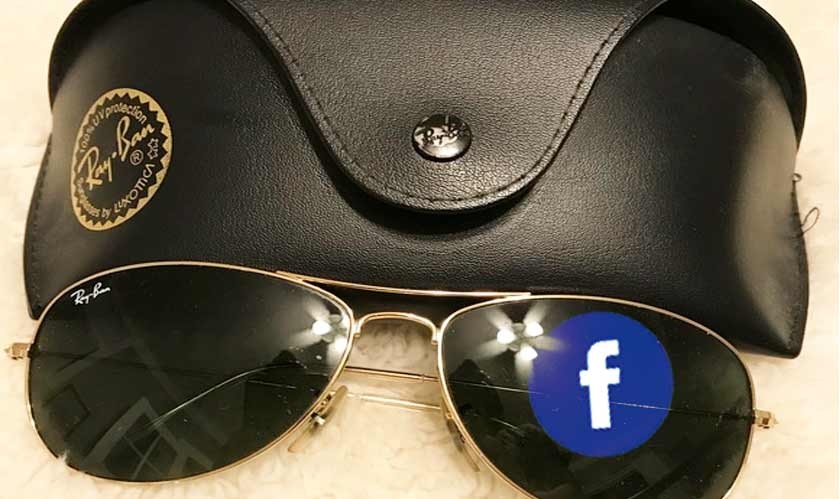 The promotional POV video clips confirm that it supports a 1080p video recording.

Facebook and Ray-Ban have teased their upcoming smart glasses, which is to release tomorrow, i.e., September 9th. Ray-Ban posted a promotional page with a pair of glasses, with the date "09.09.2021," and also the sign-up option for release notification. However, it doesn't specify whether it will be an official release date or just an announcement of the details.

Facebook, calling it 'glasses,' has developed it in partnership with Ray-Ban parent company EssilorLuxottica, to create fully augmented reality glasses. In July, Zuckerberg had confirmed that the glasses would be available at Facebook's next hardware launch, without much details.

The glasses are part of Facebook's initiative to build glasses augmenting the world visually and aurally. Before this, Google and other few companies tried their luck over smart glasses, but most of them were bulky and not aesthetically pleasing.

However, the upcoming Rayban smart glasses won't have any features that are mostly associated with AR glasses, like the ability to project images virtually. Although the promotional video confirms that it supports a 1080p video recording. The videos show POV video clips from Bosworth and Zuckerberg, highlighting the glasses' capability in physically active scenarios.

Facebook has previously discussed wearables that would let users intelligently engage with their environment without getting in the way. That certainly makes us think these are AR glasses, but all this ambiguity will be cleared tomorrow.