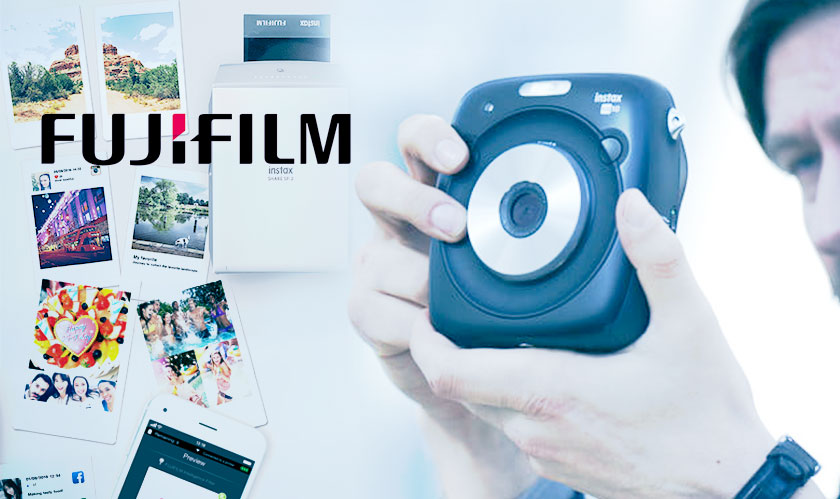 Earlier this year, Fujifilm had unveiled a square format hybrid instant camera. Now, the company is rolling out small wireless printers in the same format. Fujifilm released the Instax Share SP-3 which is basically a portable instant film printer.

The printer device is priced at $199 and is expected to go on sales in the next month. The Instax Share SP-3 is the third version of Fujifilm’s mobile instant film printer. The earliest product was released way back in 2014.

The new printer is the first to use the new Instax Square film. But apart from this one feature, the functioning is very similar to its predecessor, the SP-2 that was printing Instax Mini film. You can expect the SP-3 to take out prints really fast (like about 10 seconds). It is also easy to use as it accommodates on all sorts of phones. And not to forget the print quality is outstanding.

The SP-3 also works on all social media like Facebook and Instagram. You get an additional collage option where you can type out some text to the prints. However, the app is still sluggish. You can’t really customize the photos much beyond color.