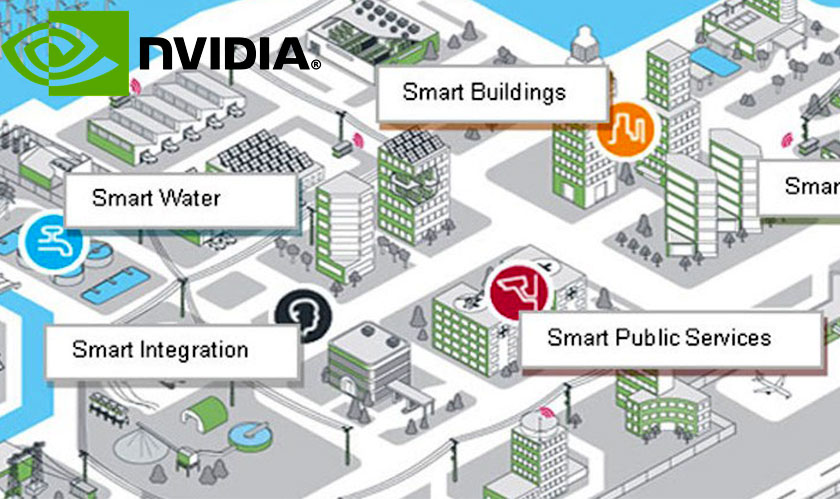 Nvidia is serious about its smart city ambitions and the latest announcement proves it beyond doubt. Nvidia has announced that it has picked up two new partners, Alibaba and Huawei, for its ambitious Metropolis AI smart cities platform. While it does sound like a story arc for DC’s superman comics, it is actually a GPU-based intelligent monitoring tool that can enable things like easing traffic congestion and allocating city services and even finding lost individuals.

Nvidia had another important announcement in addition to this. It said that it will be including its DeepStream software development kit in the generally available version of Metropolis. Metropolis which uses video and over 1 billion connected cameras projected to be installed in cities around the world by the end of 2020 to run a variety of AI-enabled analysis applications that can assist with everything from law enforcement to urban planning.

While there is definitely an element of ‘Big Brother’ eerie omnipotent surveillance to this, it is a key step in getting things like automated or at least semi-automated city-based transportation networks in place. Alibaba, for one, is using the tech to improve the city governance service capabilities of urban planners, while Huawei and others are definitely focused on law enforcement applications, which could strike some as more of a mixed bag.

Nvidia currently has a big day in Beijing, where it is showing off some applications of the tech at the GTC. It is demoing a project from China’s Hikvision Research Institute that uses a combination of Jetson, Tesla P4 and DGX-1 to achieve 90 percent recall rates for its face ID and matching techniques.