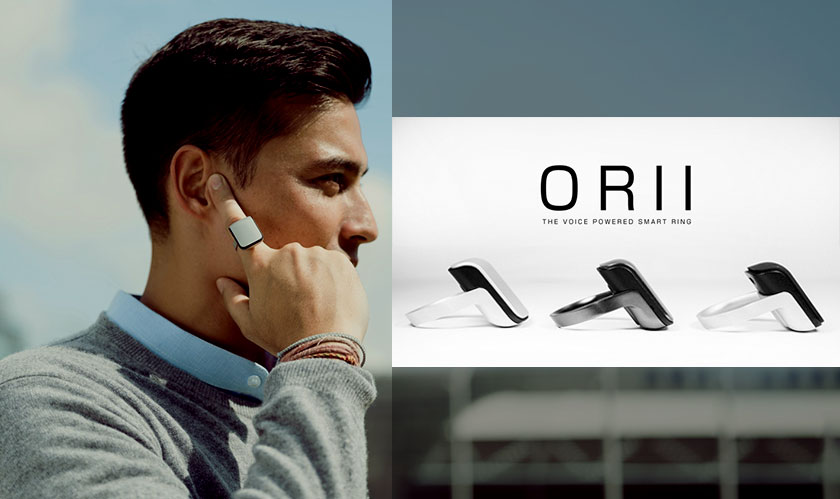 Origami Labs introduces Orii, a voice-powered ring that combines bone conduction technology to let you communicate with your phone’s built-in voice assistant, in an all-new way.

Orii connects to an app installed on your smartphone to allow you to talk or listen to the voice assistant by just touching your ear with the ‘Orii finger.’ The bone conduction technology carries the sound to your ear through vibrations of bones in your face. The Orii ring combined with this technology lets you do everything that Siri or Google Assistant could do, without having to look at your screen.

Marcus Leung-Shea and Kevin Wong founded Origami Labs to help create a device that helped visually impaired people. “…screen-free way of interacting with technology is something that actually a lot of people are looking for,” explains Marcus. Orii, unlike other Bluetooth devices like AirPods, can be worn comfortably for a long time.

Origami Labs ran crowdfunding campaigns for Orii last year and earned around 4000 backers for the  IoT project. The first version of Orii is a bit large and is being shipped to its early backers for $99 to $150 per device. The second version, however, will be comparatively smaller and will start shipping in Q2 2019. As a next step, Origami is working on Alexa integration and also wants to sell Orii as a bundle with their phones.

Apart from the backers, Orii has generated interests in the minds of businesses, specifically the retailers and luxury hotels who wish to test this product as a team communication system.