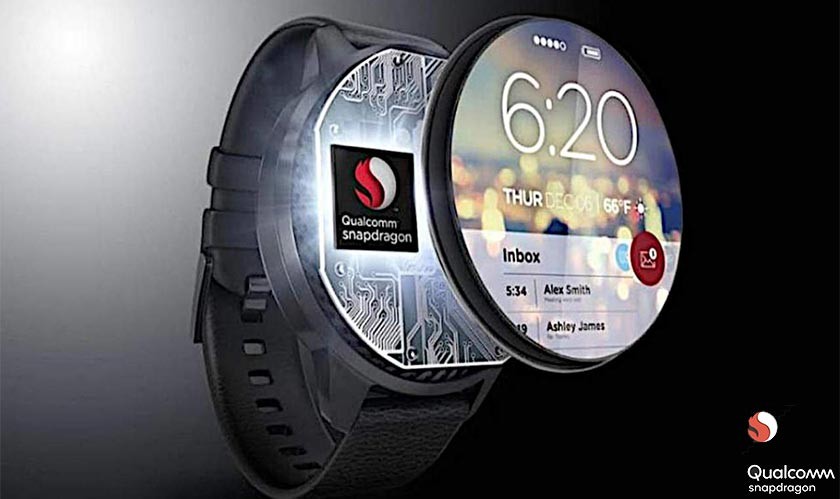 The upcoming platform will likely succeed the Snapdragon Wear 4100, which powers some of the best Android smartwatches.

Qualcomm is working on a new wearable chip, the successor to Wear 4100. It will also be competing with the upcoming Samsung's rumored Exynos W920 chipset. Famous tech website XDA Developers has found code for an upcoming Qualcomm wearable chipset codenamed "Monaco." The upcoming platform will likely succeed the Snapdragon Wear 4100, which powers some of the best Android smartwatches.

The "Unified Modem" and "SW5100"can be considered to be the Snapdragon Wear 5100 name. The chip,codenamed "Monaco," is expected to be based on Qualcomm's "Bengal" platform.This new chip may come with quad-core ARM A73 cores instead of much slower A53 cores in the previous generation.

The Snapdragon Wear 5100 will run a new iteration of the Wear OS platform, i.e., Wear OS 3.0. However, Qualcomm has announced that the existing Snapdragon Wear 3100, 4100, and 4100+ chips can also run Wear OS 3.0, but the capabilities will be limited for the older devices.

The update is due later this year and promises to add several new features. With Google and Samsung announcing the merger of Wear OS and Tizen Watch OS, it will be interesting to see how other manufacturers update their wearable portfolio.