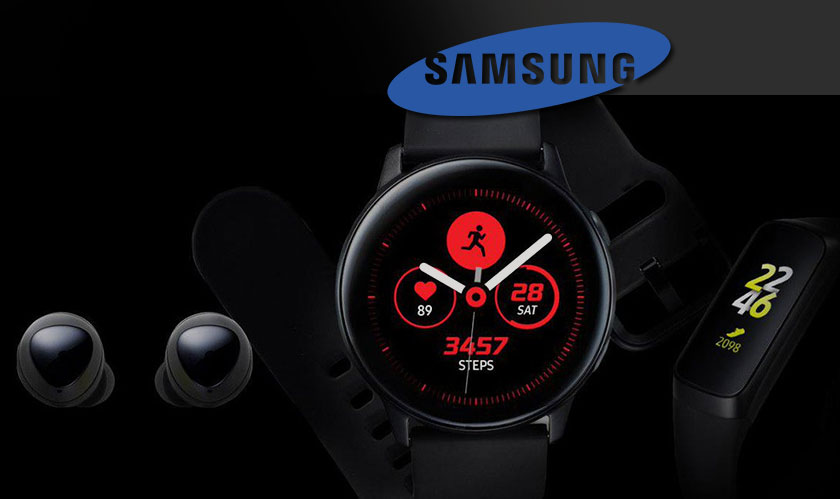 Update your Samsung app and you have a surprise in store. A new range of wearables has been leaked into the app that pops up when you update it. Presumably, these wearables might be released with the upcoming Samsung Galaxy S10 on February 20th. Expect to see wireless earbuds, a smartwatch, and a fitness band soon.

Firstly, the smartwatch- Galaxy Watch Active is that comes with a sportsy look. Its features haven’t been announced yet, but we know that it comes in two colors with a 40 mm case. Earlier, the same smartwatch was rumored to be named as Galaxy Sport.

Moving on, the app also leaked two fitness bands. Named as the Galaxy Fit and Galaxy Fit-e, these two IoT wearables come in the typical rubber straps. Although the name Galaxy Fit-e was leaked through Bluetooth certification, this is the first image of the gadget. However, it still remains a mystery to what the ‘e’ stands for.

Lastly, one of the much-awaited products from Samsung has also been given an official confirmation. The Galaxy Buds, as Samsung calls it, are the new wireless earbuds that are rumored to be capable of charging wirelessly from the Galaxy S10 itself. Although a few other images were leaked, this comes as official confirmation. Stay tuned for more updates.