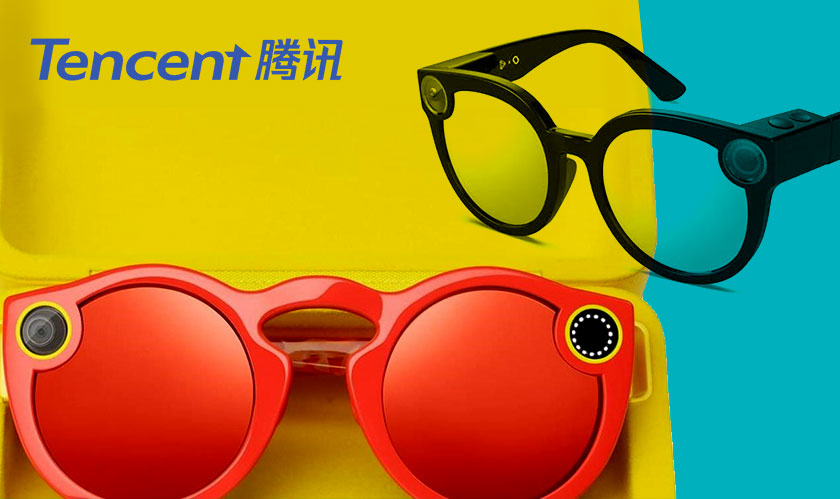 The Chinese tech firm Tencent is out with a pair of smart sunglasses that can record videos and take pictures. The Weishi smart glasses bear a close resemblance to Snap Spectacles with a camera on the front. What makes the Weishi glasses sleeker in design is its placement of the cameras and its neat blend into the lens, unlike Snap’s. Tencent has designed Weishi in all black with a subtle cat eye for the cameras. The first generation of Snap Spectacles was highlighted with a bright yellow ring that eventually led to a huge loss for the company.

The smart IoT sunglasses termed ‘Weishi’ mean “micro shows” in Mandarin. Tencent also has a video app in the same name and the idea behind the smart glasses is to target users to record short videos and upload it on the app. All in hope to boost the popularity of the Weishi video app!

Although the smart glasses haven’t officially been released yet, there’s already an app on the App Store. Through this app, users can connect the smart glasses with 8-megapixels via Bluetooth. Weishi can shoot videos in 720p or 1080p HD resolution. The glasses are equipped with remote-shooting, various modes, previews, live broadcast, etc. to directly upload on the Weishi app. Tencent said that the glasses will be released on Alibaba Singles Day, coming up next week.