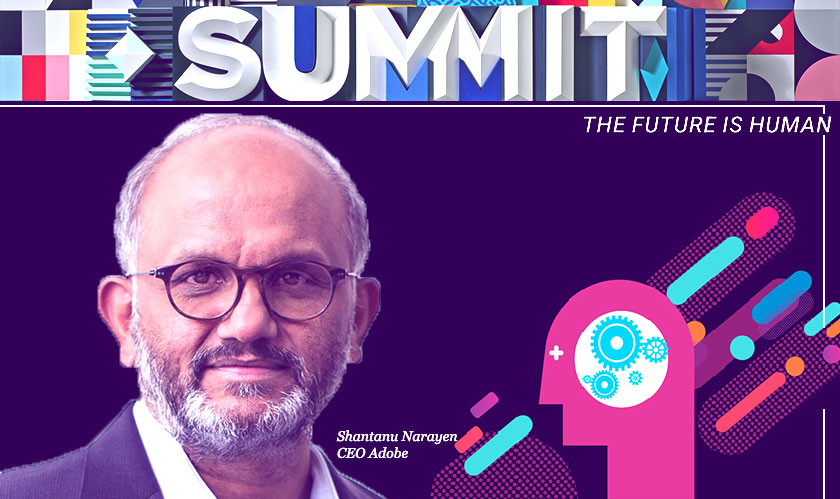 Shantanu Narayen, CEO Adobe Systems, has been at the helm of the company for more than a decade. It would be fair to assume that he has seen his fair share of wins and tackled some challenges. At the recent Adobe Summit 2018, he spoke to a rapt audience, stressing that a rapport needs to be built with customers because experiences are what holds them.

"When customers look at all of the experiences that stand out to them, they remember some of the details, but it's usually the sum of the experience that stays with them and builds affinity," said Narayen explaining that ultimately it is the experiences that stand out for the customers and builds their affinity towards a company’s products. Narayen insists that the organizations need to humanize their efforts and engage with their customers directly. This will leave a good and lasting impression on the customer's mind.

He further went on to elaborate saying “People buy experiences, not products. It used to be that products were the basis of differentiation, but not anymore because businesses must now deliver great experiences to win in this increasingly competitive World competing for the hearts and minds of all their customers and exceeding the ever-increasing expectations that consumers have during every point in the.” He explains that in the past what set companies apart was their product but not anymore. He is of the school of thought that now; in the competitive world one must work on winning the hearts and minds of the customers rather than focusing only on bringing out their products.

Shantanu Narayen has been the CEO of Adobe Systems since November 2007, so, as far as experiences go it’s safe to assume that he knows a thing or two about marketing products. Adobe’s marketing and advertising cloud that was added a year ago are considered one of the most promising businesses of today. The reason is evident. It is because of the customer experiences its marketing and advertising cloud creates. The product is not the king anymore, customer experience is.