â€œI think artificial intelligence is going to change everything, everything, 180 degrees,â€ Mark Cuban

â€œI think artificial intelligence is going to change everything, everything, 180 degrees,â€ Mark Cuban 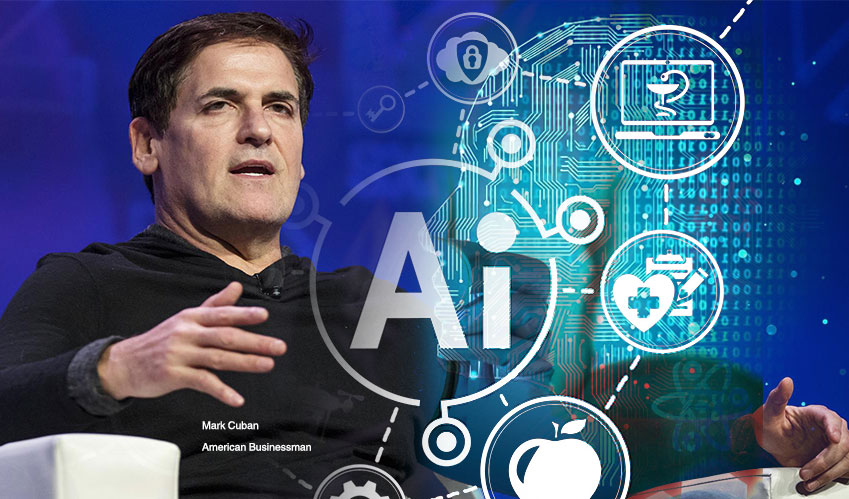 Mark Cuban, the maverick entrepreneur and Dallas Mavericks boss seems to think that the first of the trillionaires of this world will come from those who innovate with AI. The self-made billionaire has been a big spokesperson on AI being the standalone technology to invest in. AI is being considered the highway for the technological advancements that are going to bring up revolutionary changes in all businesses around the world.

“I am telling you, the world's first trillionaires are going to come from somebody who masters AI and all its derivatives and applies it in ways we never thought of,” Cuban said. Cuban seems certain that the world’s first trillionaire will be someone who comes up with something unique in AI. He warns against competition from China and Russia, emphasizing that US must step up to the plate when it comes to investments related to AI and robotics. Or risk being left behind.

“Whatever you are studying right now if you are not getting up to speed on deep learning, neural networks, etc., you lose,” says Cuban. "We are going through the process where software will automate software, automation will automate automation.” He believes that eventually, the AI will be good enough to automate and develop its own software as we progress. Integration of AI and automation is the natural progression if you consider the future application of AI. Cuban would like people to focus more and more on learning everything related to neural networks and deep learning which will play a big part in the advancements of AI. It will cause a massive tilt in the workforce demands all over the world. Cuban is very clear that AI and machine learning need to be the focal points of businesses and education.

It is widely considered that the integration of AI and automation will cost a lot of people their jobs as AI comes more to the fore. IT jobs and the labor market will be caught in the crossfire in such a scenario. Cuban believes it is inevitable and refuses to think of it either a good or a bad thing. He has urged businesses in many of his interviews to think on how to accommodate the people who stand to lose their jobs in the age of AI.

“I think artificial intelligence is going to change everything, everything, 180 degrees,” said Cuban. He added further that the technological advances that will happen in the coming years will tower over those made in the past thirty years or more in technology. Cuban, unlike Elon Musk, is actually enthusiastic about the impact of AI on the world in a positive way.