â€œArtificial intelligence and big data is a threat to human beings,â€ Jack Ma

â€œArtificial intelligence and big data is a threat to human beings,â€ Jack Ma 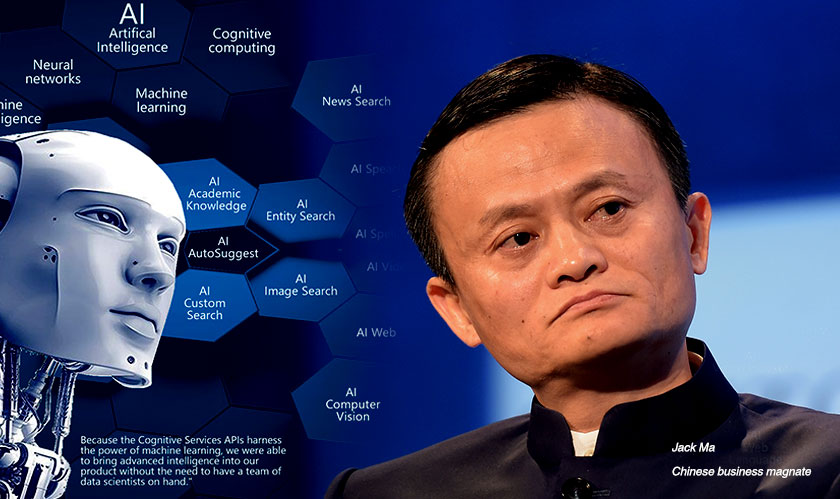 Jack Ma, the Chinese business tycoon, has been one of the biggest voices raising alarm over how AI and big data could disable humanity instead of enabling. “Artificial intelligence and big data is a threat to human beings.”

He instead likes to think that the way AI and big data should make their presence felt, is only to supplement the human kind’s development. He believes it will be hard for us to compete with AI in the matter of smartness but humankind will always be wiser. “I think AI should support human beings. Technology should always do something that enables people, not disable people. The computer will always be smarter than you are; they never forget, they never get angry. But computers can never be as wise a man.”

“The AI and robots are going to kill a lot of jobs because in the future it'll be done by machines. Service industries offer hope—but they must be done uniquely.” He goes on to explain that AI and robotic technologies are going to cause a lot of unemployment. With manufacturing processes already being taken over by the machines, there is less and less human involvement in the manufacturing jobs. In such a scenario, service industries could offer some hope. Service industries need to come up with distinctive services to provide people with better solutions. Better services would drive up the need for human involvement in the industry, thus, making up for the lost jobs.

AI applications no doubt will improve robots being developed to diagnose diseases, to harness the power of natural language processing and machine learning to assist in daily aspects of Human life.“We are very lucky because the world is in big transformation mode because of technology. Though this revolution will create successful leaders and opportunities, every new technology will also create social problems” said Jack Ma.

Alibaba’s founder is not alone in his wariness over AI. Quite a few of the world’s leading voices have aired their concern on how AI, in the end, could cause us more harm than do us good.