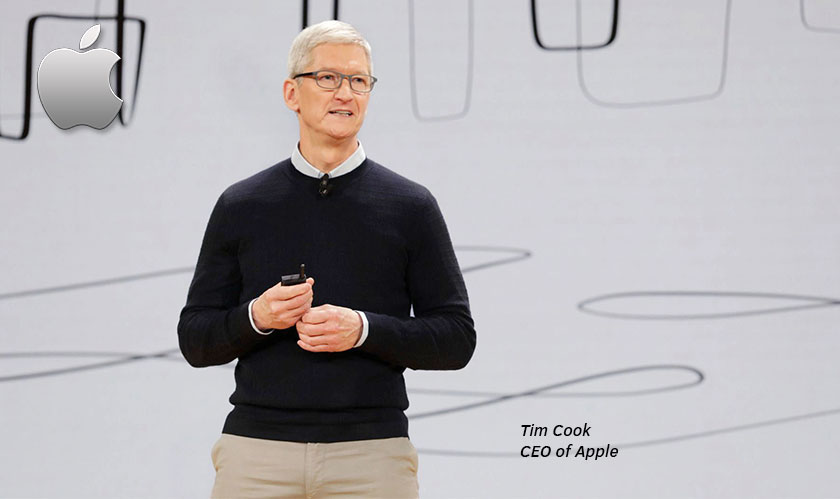 Tim Cook, CEO Apple Inc., has been steering the company since Steve jobs passed away in 2011. The principles that Jobs forged is shared by his successor with the same seriousness, especially on the topic of privacy.

Apple believes privacy to be a fundamental human right and it is one of the main themes that Apple is propagating all throughout its marketing and they’ve kept their promise to users till date. Tim cook reaffirms Apple’s attitude towards privacy in an interview after his keynote address at the Annual Worldwide Developers Conference.

“You know, we're not really taking a shot at anybody. We—We focus on the user. And the user wants the ability to go across numerous properties on the web without being under surveillance. ”Cook said that Apple isn’t really taking any shots on its archenemies, Google and Facebook. Although the argument came forth as Apple included a new tool, which uses the iOS device to authenticate user credentials while using third party applications, thereby limiting the tracking capacities.

Apple is increasingly fighting for the protection of user privacy with every new update and waging a cold war against the other tech giants Google and Facebook who hold a much lenient view with respect to privacy despite several data breaches.

Cook also stated: “I think that everybody's beginning to care more. People are becoming more aware of what's been happening. Many people are getting more offended; I think this is good because we need to shine a light on it.”

Cook’s view on privacy is visible in his words, and in his vision of aligning Apple aptly with the common man’s view as the only secure smartphone-maker who has been successful. By stressing on the privacy issue with a state of alarming urgency and by pin pointing the need for transparency, Cook has made his point loud and clear.

Apple has proven its loyalty towards customers on multiple occasions, especially in terms of user privacy. One of the most notable incidents was when Apple refused to alter its software so that the FBI could access the iPhone. This has attracted major criticism from many circles but Apple argued that a possible change could create a loophole for all existing iPhones.

Google CEO had also attacked Apple saying “Privacy cannot be a luxury good offered only to people who can afford to buy premium products and services.” But this criticism by Google is pointless as Android is selling data to both rich and poor alike, so that they could spam it with ads. But the iPhone on the other-hand has become a fortress against privacy intruders.