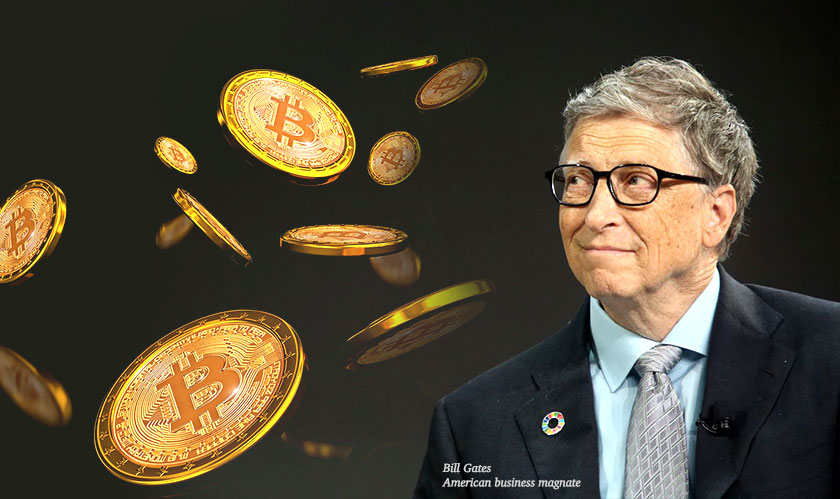 “The main feature of cryptocurrencies is their anonymity. I don’t think this is a good thing,” says Gates. The possibility of remaining anonymous is one of the biggest features of using cryptocurrencies that attracts people to try it out but Gates vehemently disagrees with this very aspect. The anonymity makes it hard for organizations and governments to regulate the illegal activities that are a bane to the society. While cash is also untraceable, cryptocurrencies can be used remotely.

Gates is keen on advising investors against putting their money into cryptocurrencies. “I think the speculative wave around ICOs and cryptocurrencies is super risky”.  Last year bitcoin started trading at $2,000 and reached $19,000 by the end of the year. Since then it’s being traded at around $9,300 now. The trade has been under pressure this year with various governments trying to regulate the market. Gates was gifted a bitcoin several years ago by a friend but he didn’t hang on to it for long, he sold it soon. Gates is very bearish when it comes to cryptocurrencies. "As an asset class, you're not producing anything and so you shouldn't expect it to go up. It's kind of a pure 'greater fool theory' type of investment" Gates said. Cryptocurrency is merely digital code; on a whole is not a by-product of any particular item per say, so Gates doesn’t see the logic behind the expectations of the value of cryptocurrencies to go up.

Gates although a thorough skeptic on the usage of cryptocurrencies, is enthusiastic about blockchain, which is the basis on which bitcoin runs. Gates appreciates its ability to keep out the third-party intermediaries, such as banks while keeping a secure and permanent record of transactions between the two participating parties. His billionaire friend Warren Buffet has also warned the investors against buying into cryptocurrencies.