China set to be SAP's biggest market in the near future

China set to be SAP's biggest market in the near future 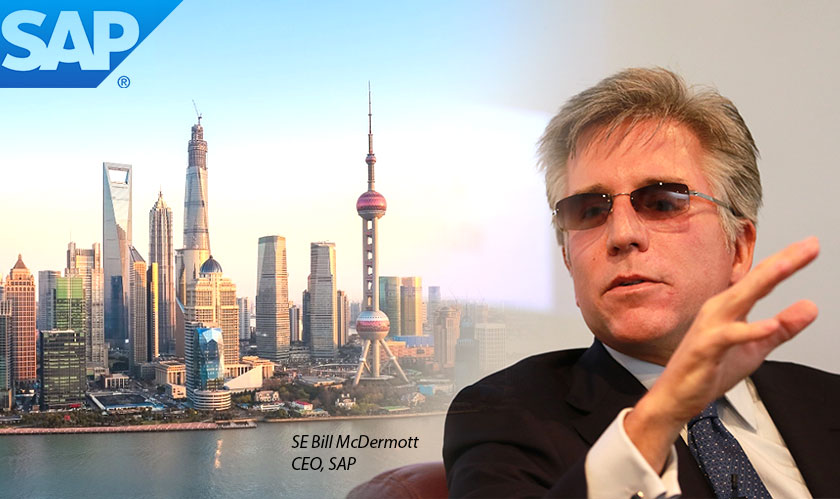 The German company, SAP is considered to be one of the two best software companies in the world. It reports a total revenue of around $23 billion, off which much of it comes from its software business. Over time, the company has significantly increased its tie ups with businesses in the thriving technology market of mainland China.

China with its ruthless work ethic and commitments is increasingly becoming a place for businesses and SAP as one of the major conglomerates is riding the Chinese wave. The CEO of SAP SE Bill McDermott recently forecasted “I will not be surprised if China becomes our largest market by 2025, with local companies scrambling to upgrade their corporate management methods and factories with digital technologies.” SAP has recently announced that it will be partnering with the Chinese giant Alibaba Group to innovate and jointly offer SAP S/4 HANA Cloud in the market. This will enable Alibaba’s Chinese customers to use SAP’s cloud for various applications and augment SAP’s growth.

SAP has risen tremendously in the Chinese market with its revenues hitting triple-digit growth in its cloud business in the second quarter of this year. Its software business too posted a double-digit growth in the Chinese market. Looking at its Q2 growth the company decided to set its sights on higher growth by revising its revenue target for 2018.

“China has been SAP's second home for more than two decades,” said Mr. Bill McDermott. SAP has invested heavily in its Chinese operations and regards China to be its home away from home. It has one of its biggest laboratories in Shanghai and has six data centers across China and is expanding its operations further by collaborating with Alibaba. “With the new collaboration with Alibaba the company is going to empower digital China by building intelligent enterprises,” said McDermott.

The new sanctions that the U.S has imposed on the Chinese goods have affected the networking and cloud industry. Much of the world is on the edge of the seat waiting to see what the kind of waves the escalation of conflict is going to create in the international trade market. In all this, we wonder how SAP’s business is going to get affected by the ongoing trade war. But the SAP CEO remains highly optimistic about the future. He said, “We hope the two countries work together as great friends and find a way to resolve their problems”. He further stressed that the “world needs that” to happen. We surely do.