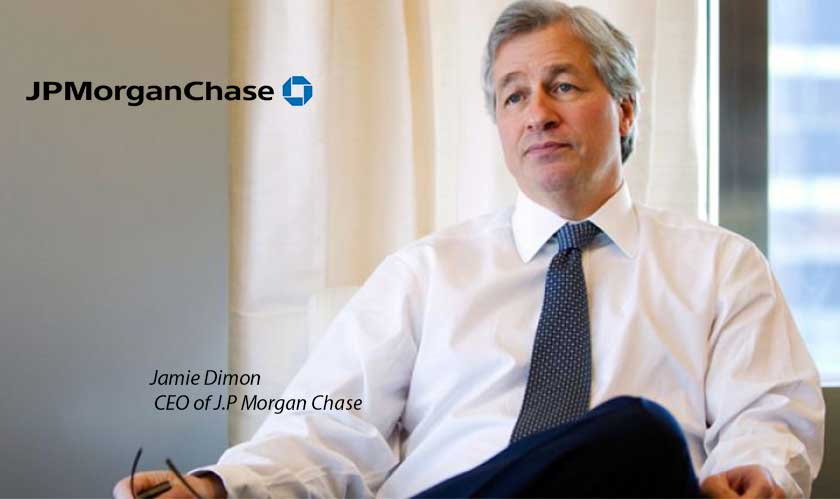 Jamie Dimon, the CEO of J.P Morgan Chase has downplayed the hype of Facebook’s upcoming cryptocurrency Libra toonly have a short-term impact on the bank. Dimon was made CEO in 2005 and had played a key role in saving the bank’s assets during the 2008 recession.

“To put it in perspective, we have been talking about blockchain for seven years and very little has happened. We are going to be talking about Libra three years from now.”Dimon statedin a conference call with analysts setting the tone lightly on the topic of cryptocurrency. While there are several rumors on the surface- touching on the possibility of cryptocurrencies taking over the job of standard banks in near future, the banking veteran doesn’t like any conjectures on this issue.

He further elaborated by saying,“We don’t mind competition. The request is always going to be the same: We want a level playing field. And governments are going to insist that people who hold money or move money all live according to rules where they have the right controls in place; no-one wants to aid and abet terrorism or criminal activities.”Dimon said he could afford competition but he added that the Blockchain based technology has to also come under government radar and under certain regulations. Currently, cryptocurrency knows no limits and requires no verification.And such a major flaw should be addressed first, to avoid further illicit activities.

Dimon’s statement was essentially referring to United States Treasury Secretary Steven Mnuchinwho had earlier stated,“Cryptocurrencies such as Bitcoin [BTC] have been exploited to support billions of dollars of illicit activity, like cybercrime, tax evasion, extortion, randomware, illicit drugs, human trafficking […] This is indeed a national security issue.” This statement reveals the state of cryptocurrency. There areseveral major roadblocks from both the regulatory side and from the business giants in bringing the technology to life. This is especially because of the potential threats that the existing cryptocurrencies like Bitcoin have posed to the world.

These statements validate the argument of bringing various reforms and policies in the mechanism of blockchain. Until now, a proper framework hasn’t been made in regards to cryptocurrency and this could have an adverse effect on the whole of banking system. When a giant like Facebook is taking a bold step, cryptocurrency could amass the potential to beat the banking system in no time.

But Dimon’s words strongly resonate the opposite, from the emergence of Bitcoin to this very day, no groundbreaking reform has been made in the banking industry by cryptocurrencies and he believes the same fate for Facebook’s Libra.