Government shutdown and reduced capabilities of a great country

Government shutdown and reduced capabilities of a great country 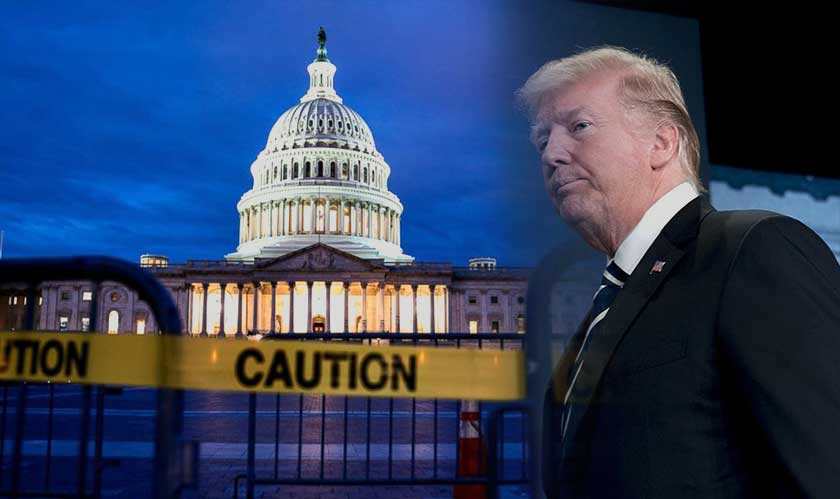 The Government shutdown has passed nearly a month and the shutdown is inviting some harsh criticism not just from within the country, but from all over the world. But President Trump continues to persist with his “Wall” ambitions. While criticism is the least of the worries, the shutdown is affecting those who diligently work for the government day-in and day-out. Last week, as many as 800,000 workers under the U.S government’s payroll missed out on their paychecks. Needless to say, the employees of the federal government are under great duress.

As President Trump insists on his border security motivated shutdown to get the funding of $5.7 billion, the cybersecurity infrastructure remains under-staffed. Although adhering to the US law the essential staffers continue with their regular duties, there is significant pressure on the security framework. As much as 43% of the Cybersecurity and Infrastructure Security Agency has been furloughed which means that the newly established institution is working at almost half its capacity.

Rep. Alexandria Ocasio-Cortez recently talked at the House of Representatives for the first time, recounting the apathy of an air traffic controller from her constituency who had missed out on his paycheck due to the shutdown. “It is terrifying to think that almost every single air traffic controller in the United States is currently distracted at work because they don’t know when their next paycheck is coming,” she said.  Stating that air traffic controllers have one of the most stressful jobs, she was of opinion that the shutdown having such an effect on such a person could cause distractions that impinge on the security of thousands of air travelers.

But it isn’t just the security that is being affected. In 2013, when the government shutdown for 17 days, the GDP growth was 0.3% of a point and this shutdown so far has only eclipsed that shutdown. There some projections that suggest that the GDP growth for this quarter may be reduced to around 1.2%. The Federal Reserve chairman Jay Powell has warned that a prolonged shutdown may take a big toll on the economy. The interruptions due to the shutdown are having an effect on the initial public offerings, drug approvals, and lending schemes already.

The President may have called off his plans to the all-important World Economic Forum on the premise of wanting to be of assistance, if the need arise. But perhaps the need of the hour is for the shutdown to end.