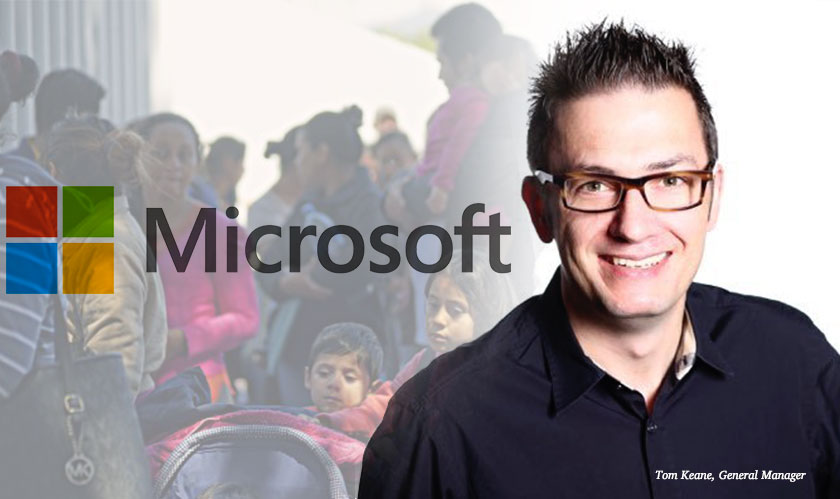 The US Immigration and Customs Enforcement (ICE) and Trump’s family separation policies at the US-Mexico border have paved way to a public outrage. The fury is now spread onto Microsoft for assisting the ICE with their Azure cloud services for facial recognition and identification purposes.

The policies at the border led to the separation of children from their immigrant families, and this political row dragged in tech giant Microsoft. The critics referred to a post that was written by the company’s General Manager, Tom Keane, earlier this year in January, about its “proud” partnership with the ICE. He said, “ICE’s decision to accelerate IT modernization using Azure…The agency is currently implementing transformative technologies for homeland security and public safety…we’re proud to support this work with our mission-critical cloud.”

The journalists and the social media critics monitoring the developments noticed that the post in which the company mentioned its partnership with the immigration agency was deleted. This sparked suspicion and Microsoft told Bloomberg that deletion was a “mistake”. Later that day, the company released a formal statement requesting the Trump team to halt family separations; the letter read:

In response to questions we want to be clear: Microsoft is not working with U.S. Immigration and Customs Enforcement or U.S. Customs and Border Protection on any projects related to separating children from their families at the border, and contrary to some speculation, we are not aware of Azure or Azure services being used for this purpose. As a company, Microsoft is dismayed by the forcible separation of children from their families at the border. Family unification has been a fundamental tenet of American policy and law since the end of World War II. As a company, Microsoft has worked for over 20 years to combine technology with the rule of law to ensure that children who are refugees and immigrants can remain with their parents. We need to continue to build on this noble tradition rather than change course now. We urge the administration to change its policy and Congress to pass legislation ensuring children are no longer separated from their families.

However, it is still unclear about how Microsoft and its technologies help the US Immigration and their activities. Although Microsoft strongly protests the idea of forcible separations, the contract poses a threat to the company’s PR as its CEO, Satya Nadella, has previously spoken out against the Trump’s administration’s stricter immigration policies. He wrote, “We also believe in broader immigration opportunities like the protection for the talented and law-abiding young people under the Deferred Access for Childhood Arrivals (DACA) program, often called ‘Dreamers”.