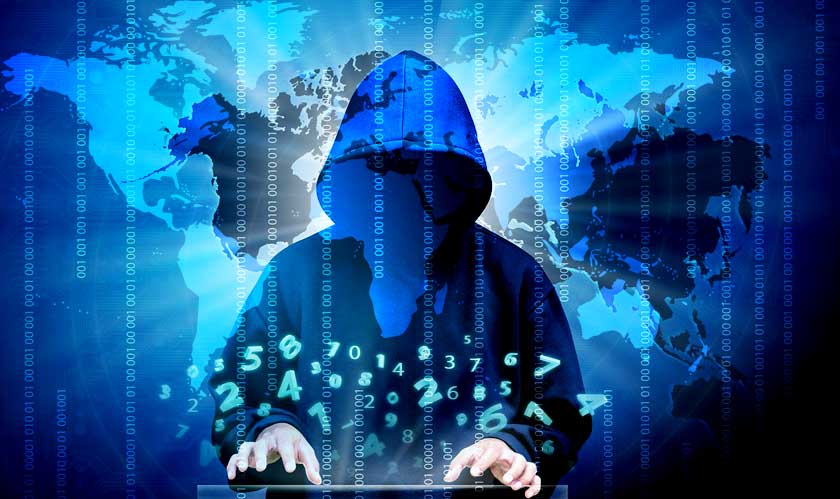 Countries take security seriously. Governments and empires have been pouring money into defense like no other field to protect its people and interests. In its long history, wars have progressed adding new fronts to the field, and countries ultimately trying to dominate it. The first front of the battlefield was the land itself, to join it next was naval warfare and then came Arial warfare. But little did people know that with the rise of the internet, a new front of war was in the making.

Cyber warfare may be a relatively new term, but it is already a ‘household name’ and everybody knows what it means, nothing good! Hacking is an issue which is as old as the internet itself, or perhaps even more so. The world and the tech community in specific have been grappling with this monster for quite a while to no avail. So what makes it a big issue now? Well, apart from the increase in cyber crime, it is the involvement of nations-states themselves in these nefarious activities.

While hacking on a large scale is an issue the world is yet to resolve, a new one showed up over the horizon. Government backed hacking. World powers have never shied away from defense expenditure. They always want to stay on top. So when the new front of warfare–cyber warfare–showed up on their radar, they went all hands on it.

The world’s super powers have been at a stalemate post cold war and here was a thing that could completely annihilate the status quo the world had come to rely on. Governments have been pouring billions of dollars into cyber warfare. Countries have been known to invest a lot into their cyber capabilities, defensive and offensive alike. Although every government has its own policy on cyber security, none had admitted to use it for offensive capabilities, until 2013.

2013 marks an important year in the story of cyber. It was the year that UK admitted to the fact that it is investing in offensive cyber capabilities as well. By then it was already clear that nations were pursuing cyber warfare and results were before everybody to see. The US had already sabotaged Iran’s nuclear program with its stuxtnet virus. Russia’s rampant cyber activities had come to the fore and China’s theft of US intellectual property was out in the open. The NSA later admitted to the developement of a trove of offensive cyber weapons, one of which was used to pull off the the recent Wannacry outbreak.

In the information age, information is probably more valuable than anything else traded. This was what the hackers aimed at, atleast initially.“We are at a critical point in cyber warfare. In the past two years, we have seen a massive upswing in hackers breaking into some of the most highly secure corporations and stealing financial data, intellectual property, and very sensitive personal information—and it seems to be growing exponentially” says Tyler Cohen-Wood, Cybersecurity Expert and Media Spokesperson at Inspired eLearning, a security awareness training company specializing in educating employees on cyber threats. Cohen-wood was previously Deputy Division Chief & Science And Technology Directorate Cyber SME at DISA (Defense Information Systems Agency) — and before that was Lead Senior Computer Forensic Examiner for the DoD (Department Of Defense) Cyber Crime Center.

Things got scarier later on when hacking showed real world effects. The hacking of the ukranian power grid in 2016 and the hacking of Georgia in the same year had affects in the real world. The former left half of Ukraine without power for hours and the the latter paved the way for a Russian invasion into Georgia. Things got so out of hand that Obama issued a national emergency to defend against cyber threat.

“Cyberwarfare has crossed from the digital world into our physical realm, and there is a very real potential cybercrime will lead to the loss of human life. A breach of our power grids, of our dams, or of air traffic control mechanisms, could have catastrophic effects that are felt far beyond the financial and reputational impacts of a corporate attack.” says Robert Herjavec, Founder & CEO of Herjavec Group, a leading global information security advisory firm and Managed Security Services Provider (MSSP) with offices across Canada, the United States, United Kingdom and Australia.

Government backing not only enables hackers but it also boldens them to try stuff –like meddling with democracy– that they have never tried. The advent of cyber warfare went from baby steps to a full blown sprint in 2016, with the DNC hacking. Hackers backed by Russia hacked into the DNC and released scandalous emails to the public, ultimately affecting the course n=and the result of the election.

“If the cyber evildoers have their way, lives will be lost. Economies will be shaken. Cars and planes will crash. Nations will clash. Power grids will go down. Businesses will go under. Reputations will be ruined. Government secrets will be exposed. Billions of personal identities will be stolen. Trillions of dollars will be taken. Zetabytes of data will be damaged. That’s what the hackers are shooting for,” said Steve Morgan, Editor-In-Chief of CyberSecurity Ventures.

The biggest issue faced is how ill-equipped we are to deal with the threat. While governments have been stock piling cyber weapons, it falls on the tech community to defend the public against them and boy, are they facing troubles. According to a report by ISACA, expenditure on cyber security is set to exceed $1 trillion in a span of three years, while the number of people needed for cyber security related vacant posts are projected to exceed 5 million.

What is left to see is how the governments deal with it. Since Cyber space is so complicated, it is hard to know where to draw the line exactly and unless they put a lid on it, we could be well on our way to the next arms race, except that the weapon doesn’t really exist. One thing is clear, the age of cyber warfare is here and we are not ready to deal with it.