â€œCustomer is a Jewel and Privacy a Human Right,â€ Tim Cook, CEO of Apple

â€œCustomer is a Jewel and Privacy a Human Right,â€ Tim Cook, CEO of Apple 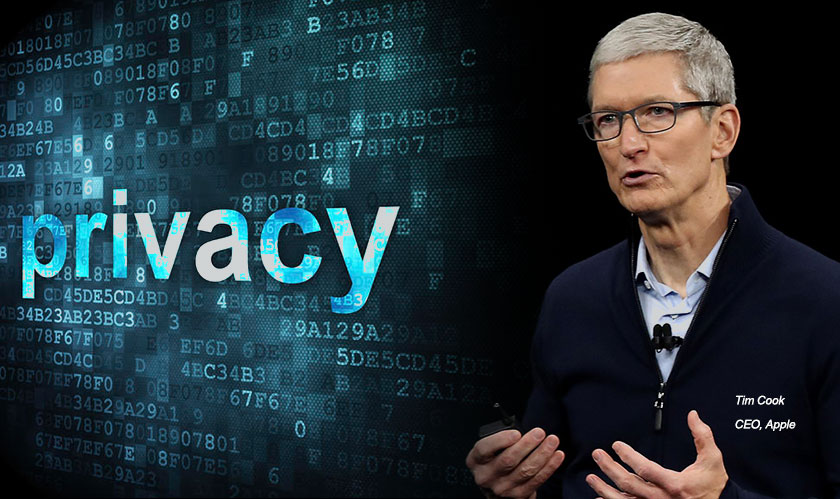 The huge data scandal at Facebook has got every tech companies talking about the way they safeguard user data and their privacy. Apple’s CEO Tim Cook was one amongst them who reiterated his views on the subject, taking a strong stance.

“We see Privacy as one of the fundamental human right…one of the civil liberties that make Americans what they are, it defines us…we see that this is becoming a larger issue for people. We take only a smaller amount of data from users that we needed to provide a great service, and then we work really hard to protect it with encryption and so forth,” said Cook in an interview.

His interviews with many other journalists and media publishers had this one unavoidable concern about “privacy”. And in another interview, Cook said of Apple as, “We care about the user experience…We’re not going to traffic in your personal life…It’s an invasion of privacy.”

Cook continued to say that Apple has and always will protect the data of its customers, even in controversial situations. For example, Apple resisted the FBI’s request to unlock the iPhone of one of the terrorists caught as a suspect in the 2015 mass shooting at San Bernardino. He said, “The US government has demanded that Apple take an unprecedented step which threatens the security of our customers. We oppose this…it has implications far beyond the legal case at hand. The implications of the government’s demand are chilling. If the government can use the All Writs Act to make it easier to unlock your iPhone, it would have the power to reach into anyone’s device…..”

Cook says that it’s (Apple’s) customers are not products but jewels, and their stand on the privacy is costs the company money, “The truth is we could make a ton of money if we monetized our customers. We’ve elected not to do that because our products are gadgets like the iPhone, iPad, Watch etc…not customers…and if we can convince you to buy one, we will make a little bit of money.”

Cook’s perspective echoes his predecessor Steve Job’s stand on the same subject –“privacy”. Steve Jobs once said in a conference in 2010, “Privacy means people know what they’re signing up for –in plain English, and repeatedly. A lot of people in the Silicon Valley think we’re really old-fashioned about this, and maybe we are,” he said unequivocally.