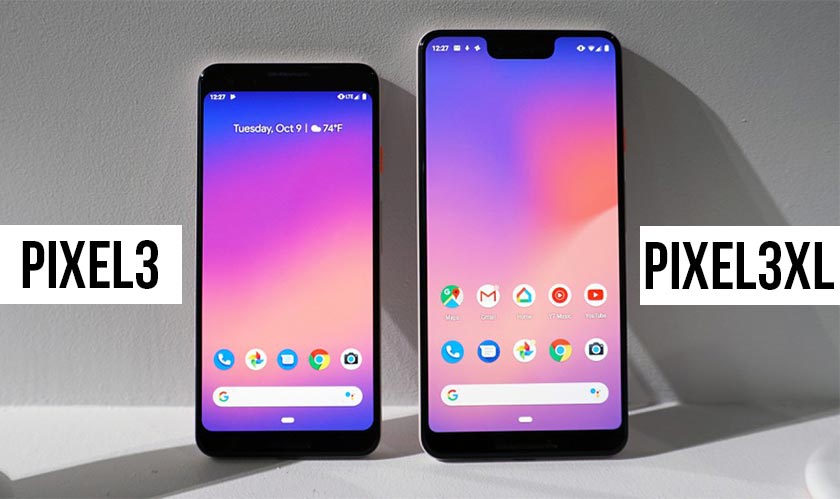 The new Google Pixel smartphones come in two variants – Pixel 3 and Pixel 3 XL - featuring a 5.5-inch and a 6.3-inch OLED, edge-to-edge display respectively. The $799 variant has a storage capacity of 64GB, while the larger $899-model offers 128GB of storage. The new phones with 4GB of RAM each will be equipped with the latest Android OS, Android Pie.

The most intriguing feature of the new Pixel is a front-facing notch that includes two 8 megapixel cameras for landscape and portrait mode shots – one for each mode. The rear-facing camera is a 12-megapixel camera which is packed with a number of AI features.  Top Shot will automatically capture a burst of photos. And with the help of machine learning, Pixel can pick the best photo from the bunch.

Super Res Zoom is another camera-AI feature that makes it easier to capture images from afar. A Night Sight feature automatically adjusts the camera settings in low-light environments. Google is also bringing Google Lens to the Pixel 3’s camera – which can identify objects in images.

Also, the Google Assistant in Pixel 3 will automatically transcribe suspected spam calls and gives you the option to pick up the call, ignore it, or report spam. And finally, the Pixel 3 will include a tightened security chip that will protect your passwords and automatically update your apps to keep you safe.

Pixel 3 comes in 3 colors – Just Black, Clearly White, and a new Not Pink finish. Google also announced a wireless charging stand for the Pixel phones that comes with a $79 price tag.