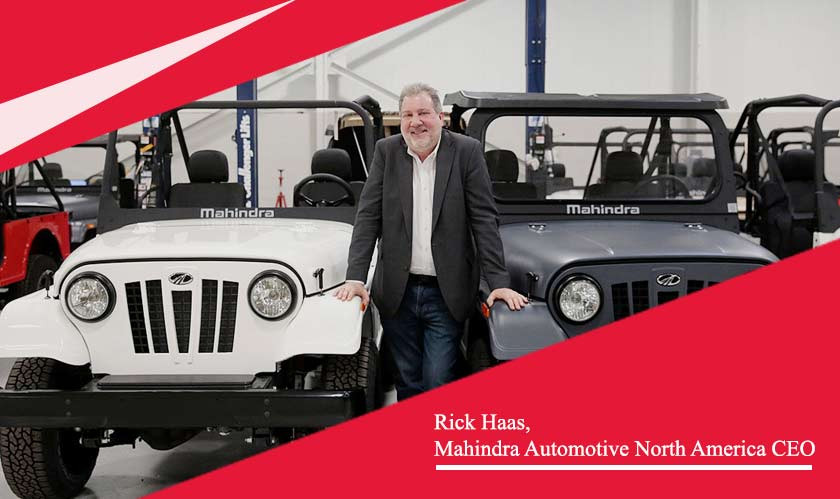 Mahindra Automotive North America’s (MANA) CEO Richard Haas will be stepping down from his role by March end. Haas said that now is the perfect time as the company is going through global leadership transition and is looking for ways to save cash and invest on projects which can fetch profits.

"In the short term, that's going to take the better part of this calendar year," Haas told Detroit News. "Beyond that, everyone's doing a lot of soul-searching around the globe. The pandemic has caused everyone to take a step back."

He will be replaced by Viren Popli, who is currently the CEO of Mahindra Agri North America. For no, Haas will continue to work there as a senior advisor for the coming few months to aid the transition process.

Further Haas said that the expansion of market in the US relies on how successfully Roxor will be launched. "There's potential the team will get back to some kind of expansion in the United States. After this, it'll depend on what the new management decides to focus on," he quoted.

Haas has over 30 years of experience in Ford and Tesla Inc. He got back to the United States in 2013 to start the Mahindra North American Technical Center in Troy.In 2017, he became CEO of Mahindra Automotive North America to facilitate the manufacturing, sale and distribution of the Roxor.