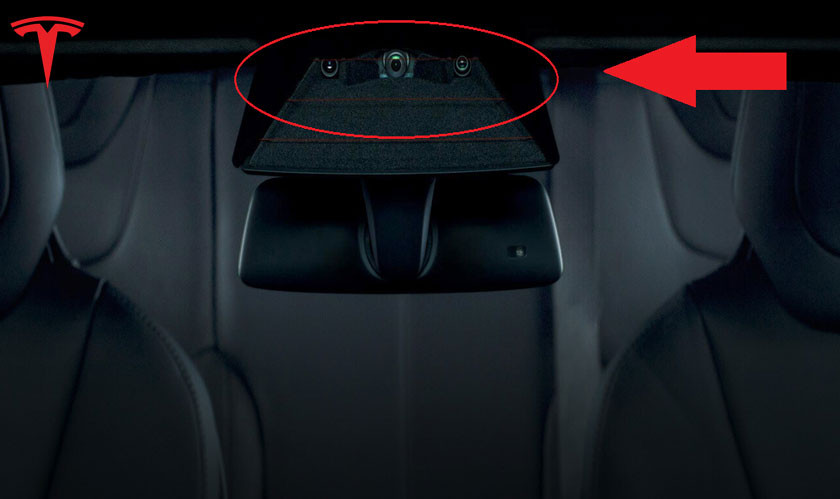 In a software update, Tesla has enabled its in-car camera module in Model 3 and Model Y vehicles to monitor drivers when its Autopilot mode is being used.Tesla has indicated that the cabin camera above the rearview mirror can now detect and alert driver inattentiveness while Autopilot is engaged.

Tesla notably has a closed-loop system, which means the imagery captured by the camera does not leave the car. Tesla has earlier faced criticism for not activating a driver monitoring system even as owners were misusing the system. Owners have been posting videos on YouTube and TikTok abusing the Autopilot system. However, several fatal crashes have led the company to include it in its vehicles.

Until now, Tesla has been relying on sensors in the steering wheel that measured torque to require the driver to keep their hands on the steering wheel. Drivers have also documented and shared on social media how to trick the sensors into thinking a human is holding the wheel.

“Consumer Reports has been calling for camera-based driver monitoring systems for automation systems like Tesla’s AutoPilot for years,” said Jake Fisher, senior director of auto testing at CR. “Tesla’s current system of sensing torque on the wheel cannot tell if the driver is looking at the road. If the new system proves effective, it could help prevent distraction and be a major improvement for safety – potentially saving lives.”Tesla hasn’t shared much details about the monitoring system, like if it is tracking eye gaze or head position.