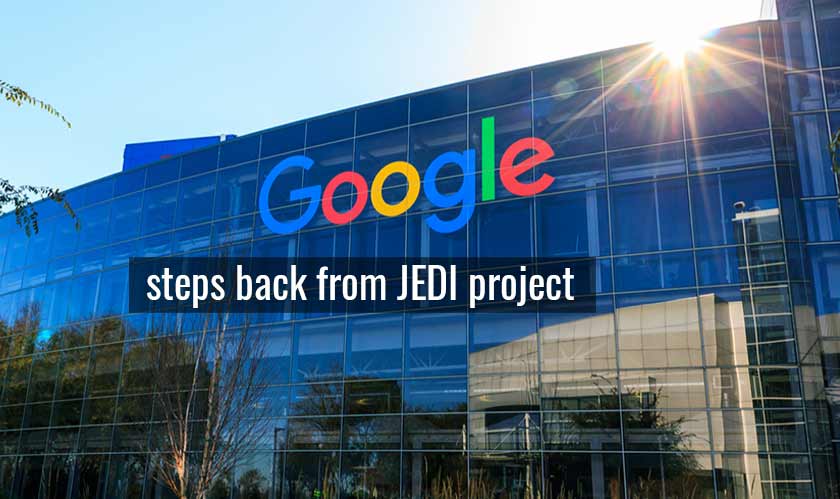 Alphabet Inc.’s Google backs out of the race for the Pentagon’s cloud-computing contract saying that the project may conflict with its corporate values, especially the principles it has laid out for ethical use of artificial intelligence.

“We are not bidding on the JEDI contract because first, we couldn’t be assured that it would align with our AI Principles… And second, we determined that there were portions of the contract that were out of scope with our current government certifications,” said a Google spokesman in a statement.

The Pentagon contract which is valued at as much as $10 billion is known as the Joint Enterprise Defense Infrastructure project. It involves transitioning troves of Defense Department’s data to a commercially operated cloud system. With Google gone, the decision is likely to favor Amazon Web Services – Amazon’s cloud subsidiary.

While the project is likely to be awarded to a single supplier, other cloud computing service providers including Google says otherwise. Oracle even filed a formal complaint against the decision telling that sharing out work between several cloud companies “promotes constant competition, fosters innovation and lowers prices.” Google said it also supported the idea and added it would have submitted bids if on those terms.