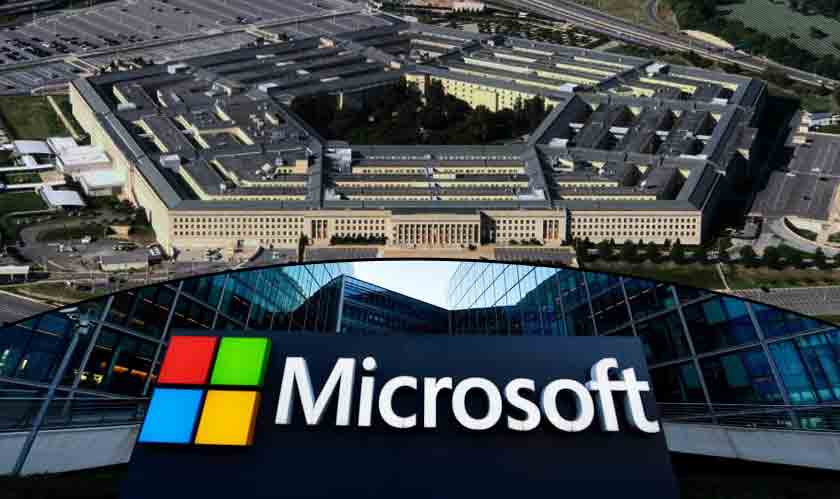 Microsoft has won the contentious JEDI cloud contract by beating out Amazon and Google. The US government has provided the $10 billion cloud deal to Microsoft, which was confirmed by the Department of Defense. The contract is known as the Joint Enterprise Defense Infrastructure (JEDI) which aims to provide Pentagon with cloud services, basic storage, AI processes and machine learning.

The contract is a huge deal for Microsoft as it has won against the cloud giant Amazon. IBM and Oracle were eliminated from the bidding in April, which left only Microsoft and Amazon as the only remaining companies that could meet Pentagon’s requirements. The deal became controversial when Oracle lost a legal challenge which claimed that the contract had a conflict of interest.

Although this contract is a huge step for Microsoft and will last for about 10 years, the employees may not feel the same way. There were instances in Google where employees protested against the company’s involvement in the Pentagon’s “pathfinder” AI program, known as Project Maven. As a result, Google had to back off from the work and thus, wasn’t part of the final bidding for this contract.

Similarly, Microsoft employees have already asked the company to drop its HoloLens US Army contract which aims to provide more than 100,000 augmented reality headsets for military training purposes. But Microsoft is sticking to the contract and hopes to deliver the modified headsets to soldiers soon.