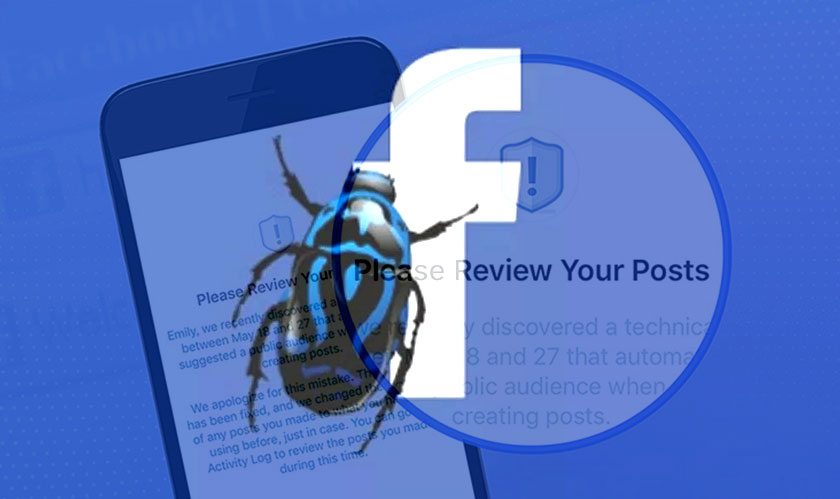 Facebook announces a bug that controlled users’ sharing settings since May 18th and lasted until May 27th. The bug shared posts of about 14 Million users publicly and this happened irrespective of the user preferences for the same. While Facebook generally sets its suggestions for sharing to user’s preference or based on the previous activity, the bug that was active last month seems to have enabled it to “public” by default.

Although the team managed to fix this software glitch by May 22nd, they were unable to revert posts that were made public to previous settings, says Facebook.

The Chief Privacy Officer of Facebook, Erin Egan, apologizes for the mistake and says that the bug has not affected any previous posts shared by users. He also added, “We have fixed this issue, and starting today we are letting everyone affected know and asking them to review any posts they made during that time.”

This issue of a software error in concern is the new one in the string of privacy blunders that Facebook committed starting from the Cambridge Analytica Scandal to the recent revelations made by the company about its tie-up with the device makers sharing user data for app customization. These lapses in cybersecurity and privacy could be one reason that’s driving youngsters out of Facebook.