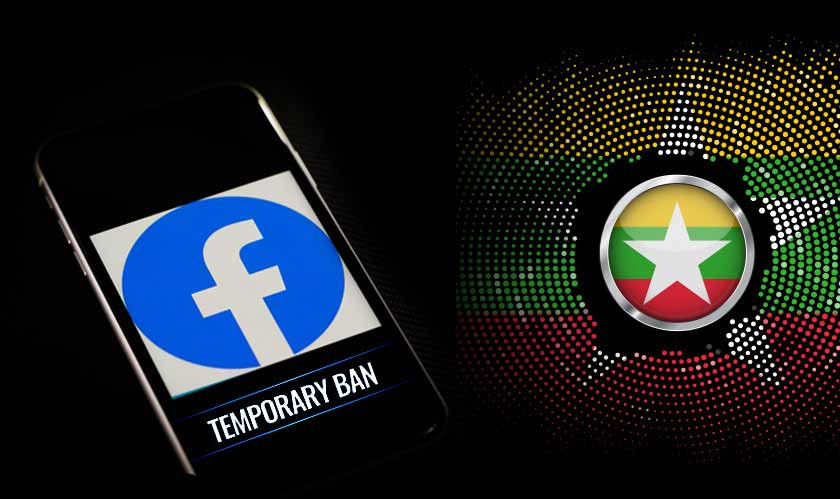 After the new military rule in Myanmar, the Govt has ordered the local telecom companies to ban Facebook temporarily until February 7.Several users on the Myanmar subreddit have reported that Facebook was already blocked on their phones.Myanmar’s new government has alleged that Facebook is contributing to instability in the country. The government justifies the temporary stoppage of basic services to the people for the greater benefit of the public and state.

Apart from this, the telecom operators like MPT, a state-owned telecom operator that commands the market, has blocked Facebook as well as Messenger, Instagram, and WhatsApp on its network. Telenor, one of the four telecom operators in the country, said it has expressed “grave concerns regarding a breach of human rights” but has complied with Myanmar’s junta order.

“We are aware that access to Facebook is currently disrupted for some people. We urge authorities to restore connectivity so that people in Myanmar can communicate with their families and friends and access important information,” said a Facebook spokesperson.The move comes after days of unrest in Myanmar. Earlier this week, the military took control of the country and declared a state of emergency for a year after detaining civilian leader Aung San SuuKyi and other democratically elected leaders. After this development, citizens in many parts of Myanmar have reported disruption in the internet and cellular services.

Also, Facebook has been accused of not taking moderation of the contentsproperly, which resulted ina lot of violence in the past. According to a BuzzFeed report, Facebook executives have now pledged to take proactive content moderation steps in Myanmar, which they termed as “Temporary High-Risk Location.”