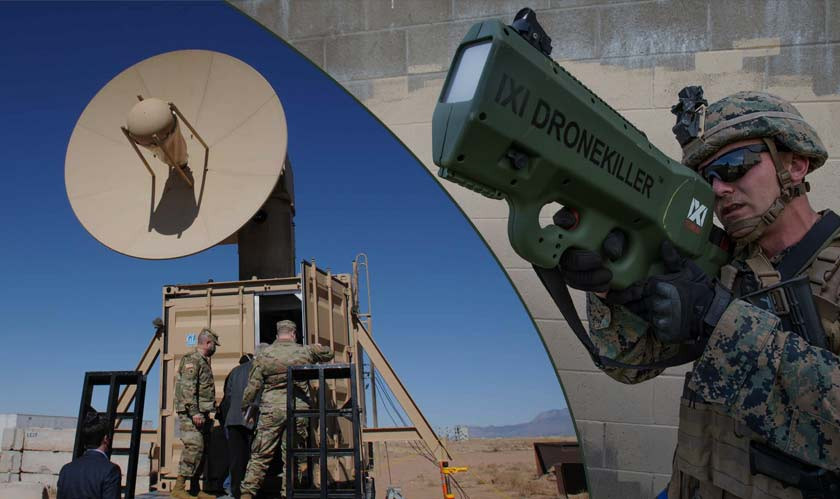 The U.S. Army is conducting a field-testing of a new microwave weapon designed to protect military bases from incoming drones. The product is scheduled for actual deployment by 2024, following an on-site demonstration at Kirtland Air Force Base in New Mexico. The Tactical High Power Operational Responder (THOR) was built at Kirtland AFB, which uses either direct energy or microwaves to take out unmanned drones that pose a threat to troops and bases overseas.

Army Lt. Gen. L. Neil Thurgood said the service's investment in microwave and laser weapons addresses a growing problem that requires new tools to defend troops and infrastructure. "While high-energy lasers can kill one target at a time, high-powered microwaves can kill groups or swarms. This is why we are pursuing a combination of both technologies for our Indirect Fire Protection Capability rapid prototyping effort," said Thurgood.

The laboratory has spent $15 million to build THOR in cooperation with Albuquerque-based engineering firm Verus Research as well as BAE Systems and Leidos. The system prototype was first demonstrated in 2019. Program manager Amber Anderson said the system works like a flashlight, using a wave that spreads out to disable anything within its electromagnetic cone. THOR releases powerful radio bursts, which offer a greater engagement range than bullets or nets, and its effects are silent and instantaneous. The systems fall under three categories: fixed and semi-fixed systems, mobile mounted systems, and handheld dismounted systems, ranging from highly sophisticated technologies to basic zappers or radio jammers.